Apple CEO Tim Cook has confirmed that the company will donate to flood...
HomeWorldUS Correspondent: Shaky... 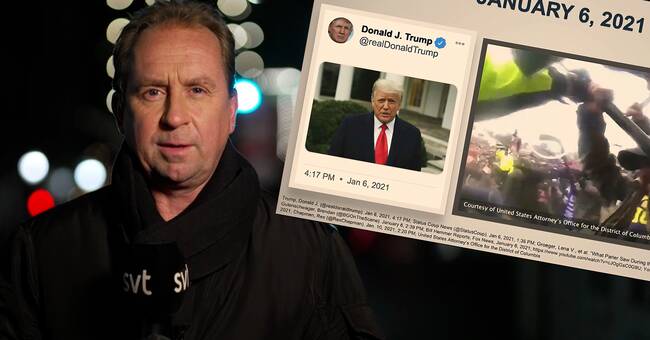 The second trial of former US President Donald Trump is taking place in Washington. This time around whether Trump has incited his supporters to storm the Capitol Building, pictures were shown yesterday of how close supporters were to American politicians on January 6.

Among other things, you can see that Vice President Mike Pence was only 30 meters away from the crowd who chanted they wanted to hang him. Republican Mitt Romney, who had been a staunch opponent of Donald Trump, was pitching straight into the crowd before being stopped by a guard.

It was the horrific images that would show just how close the disaster was to getting bigger, says US SVT correspondent Stephan Osberg.

The attorney general is building his case on a timeline that dates back to last spring when Donald Trump refused to answer the question of what he would do if he lost the election. Democrats want to link Donald Trump’s comments since then about election fraud with a storm.

There is no doubt that it boosted the mood in the country. Linking his words to the storm itself, however, is difficult to prove. Republicans will claim that several of these groups plotted the storm before Trump delivered the aggressive speech from the White House on January 6.