Tractors bring protests to the Indian capital on Republic Day 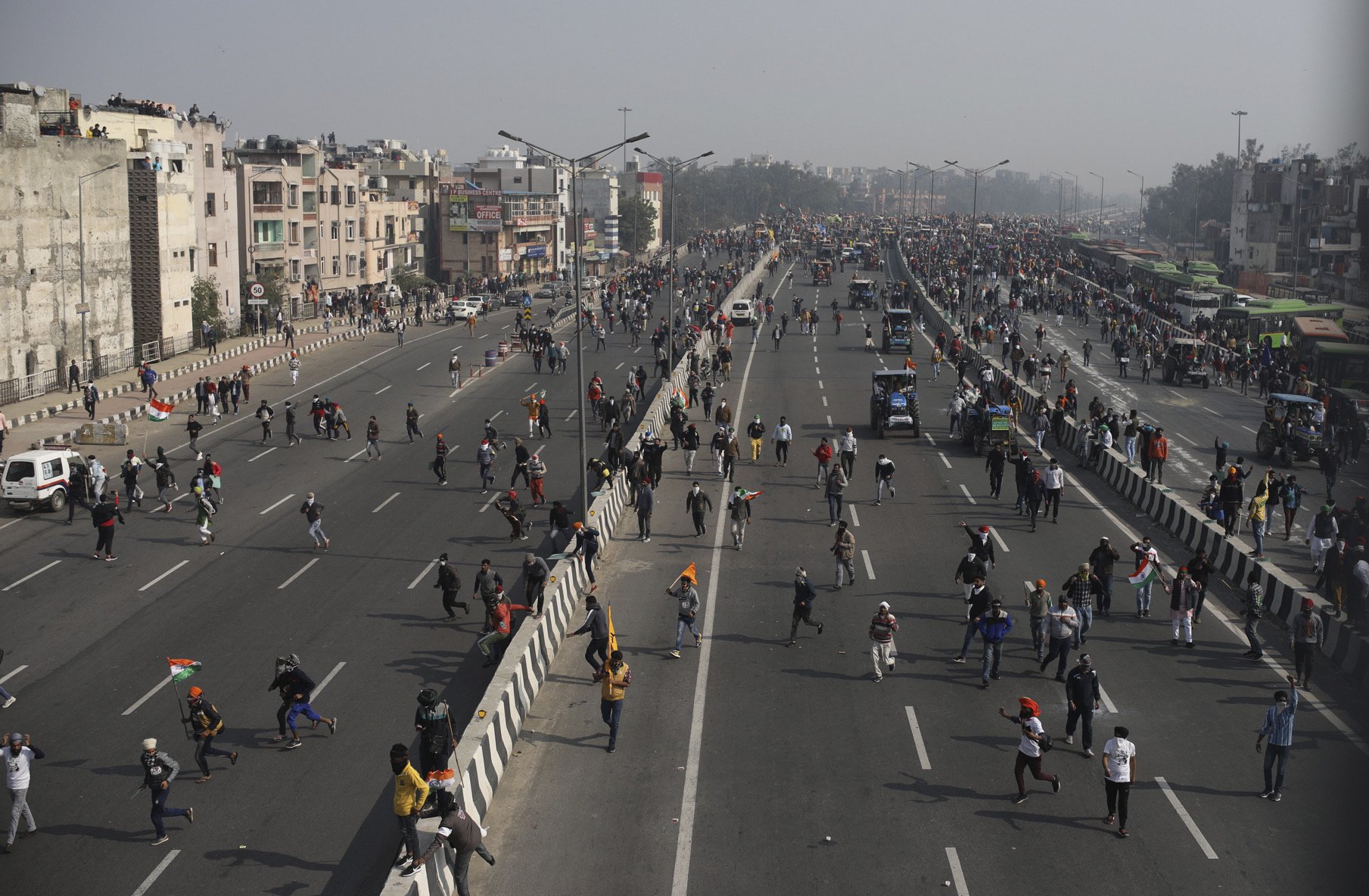 New Delhi (AFP) – Tens of thousands of farmers drove a caravan of tractors to the Indian capital as the nation marked Republic Day on Tuesday against a backdrop of agricultural protests that turned into a rebellion and shook the government.

The capital’s streets were littered with rows of tractors bearing Indian flags and farmers’ unions. The farmers, wearing distinctively colored turbans, chanted slogans against Prime Minister Narendra Modi and his “black laws”. Thousands more walked on foot, dancing and singing, and somewhere they were showered with flower petals by residents, and some recorded the unprecedented gathering on their phones.

“We want to show our strength to Modi,” said Satpal Singh, a farmer who walked to the capital on a tractor with his family of five. “We will not give up.”

Riot police used tear gas and water cannons in two places to push back protesters who tried to demolish the checkpoints. The authorities also stopped large trucks to fortify multiple roads so that farmers would not drive to the interior of the capital.

Farmers’ leaders said that more than 10,000 tractors would march through the capital to take part in the march and that thousands of volunteers would try to help police maintain order.

Protests were sparked by new agricultural laws passed by Parliament in September. The Modi government insists the laws will benefit farmers and boost production through private investment, but farmers fear that cartel formation and commercialization of agriculture will destroy their profits.

The farmers first attempted to march to New Delhi in November but were stopped by the police. Since then, unperturbed by the chilly winter temperatures overnight, they swarmed with supplies of food and fuel and threatened to besiege the capital until the farm laws were repealed.

The government has offered to amend laws and suspend their implementation for a period of 18 months. But the farmers insist they will settle for less than a full abolition. They are planning a march on foot to the Indian Parliament on February 1, when the country’s new budget is introduced.

A gathering of tractors has overshadowed Republic Day celebrations in New Delhi even as the annual military parade is curtailed due to the coronavirus pandemic.

A small crowd gathered beside Rajpath Ceremonial Street in New Delhi to watch a display of the country’s military strength and cultural diversity. People were wearing masks and observing social distancing as police and army battalions walked along the parade. Several states displayed their buoys to showcase their culture and the military displayed its latest equipment during the parade.

Republic Day marks the anniversary of the adoption of the country’s constitution, on January 26, 1950.

The farmers are the latest group to upset Modi’s image of entrenched hegemony in Indian politics.

Since returning to power for a second consecutive term, the Modi government has experienced several convulsions. The economy has deteriorated, social conflicts have expanded, protests have erupted against discriminatory laws, and his government has been questioned about its response to the epidemic. In 2019, he brought together a coalition of diverse and disparate groups: minorities and majority members, human rights activists and journalists, communists and socialists, students and teachers, including the once-dormant opposition, to form a popular rally against the controversial new citizenship law that discriminates against Muslims.

Now, in the form of farmers, he is facing a growing rebellion from India’s most influential electoral bloc.

See also  An alliance of everything from Islamists to settlers

Agriculture supports more than half of the country’s 1.4 billion people. But the economic influence of farmers has diminished over the past three decades. In the past, farmers accounted for a third of India’s GDP, now only 15% of the country’s $ 2.9 trillion economy.

More than half of farmers are in debt, with 20,638 people killing themselves in 2018 and 2019, according to official records.

The controversial legislation has exacerbated the current resentment of farmers, who have long been seen as the heart and soul of India but who often complain that the government is ignoring it.

Modi tried to assuage the farmers’ fears by dismissing their concerns mostly and repeatedly accused opposition parties of inciting their anger by spreading rumors. Some of his party leaders described the farmers as “anti-patriotic,” a label often given to those who criticize Modi or his policies.

Defender Sharma, an agricultural expert who has spent the past two decades campaigning for income equality for Indian farmers, said they have not only protested the reforms but also “are challenging the country’s entire economic design.”

“The anger you see multiplies the anger,” Sharma said. Inequality is increasing in India and farmers are getting poorer. Policy planners failed to realize this and absorb income from the bottom up. The farmers are only asking for what is their right. “