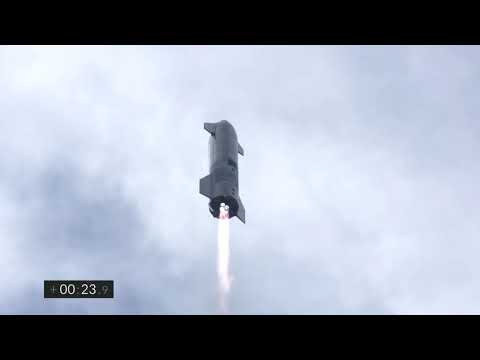 Yesterday, SpaceX tested a prototype of its Starship spacecraft in its so-called high altitude test for a third time. The two previous prototypes, SN8 and SN9, had no successful landings as they exploded with respect to landings.

After an intermittent attempt to knock out the NS10, it finally took off shortly after midnight Swedish time. The missile reached a height of about 10 kilometers and then began to fall to the ground in a horizontal position, exactly as planned. As the spacecraft began approaching Earth, it prepared and made what appeared to be a successful landing.

About ten minutes after the SN10 spacecraft landed, the spacecraft exploded. Exactly why the SN10 exploded, SpaceX hasn’t commented yet. However, it is thought that it may have been some kind of liquid methane leak that may have leaked through a damaged valve and caused an ignition, writes Ars Technica.

Above, a SpaceX summary of approximately 15 minutes can be found from the Starship SN10 test. But we don’t see there the explosion that happened after landing. Below is a slightly shorter variant filmed from a different angle that also shows the SN10 blast.

See also  The US Air Force wants to use space rockets for transportation on Earth. Should be able to send materials between two destinations in one hour