Apple CEO Tim Cook has confirmed that the company will donate to flood...
HomeWorldThe rule of...

The rule of the European Union: Russia is on an authoritarian slope 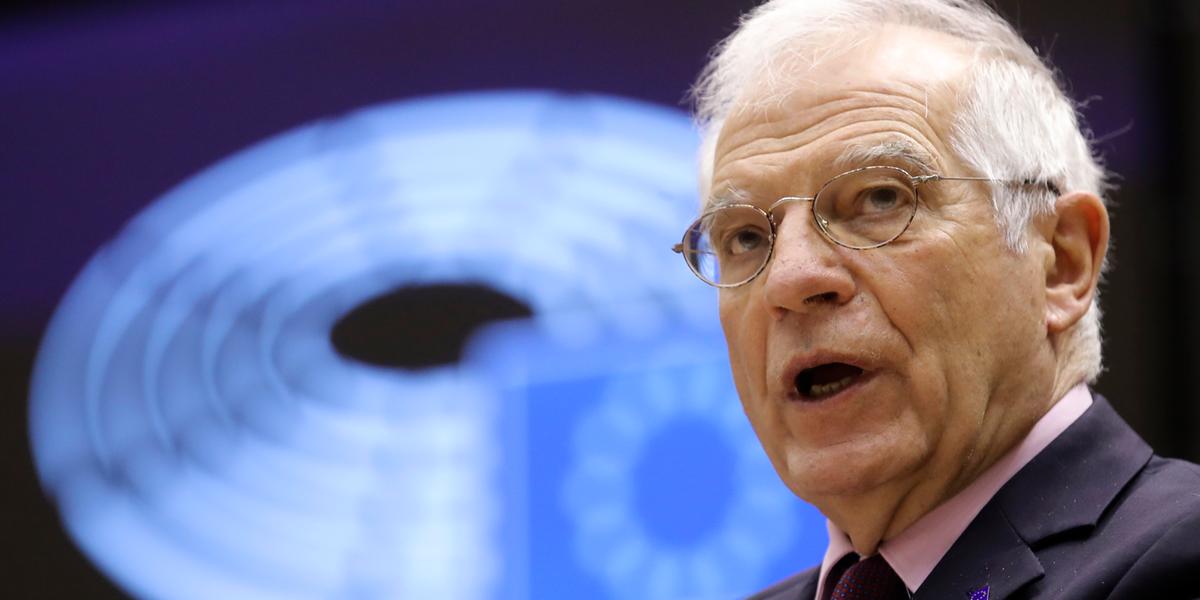 The issue of Borrell going to Moscow last week was discussed in advance, given the recent imprisonment of opposition leader and anti-corruption activist Alexei Navalny.

Nevertheless, Borrell considered it useful to immediately present the EU’s condemnation while simultaneously testing whether Moscow was interested in a fresh start in such bitter relations with Brussels.

The answer was clear: No, they are not, he says now in a discussion about the trip before the European Parliament.

Borrell’s experiences from the meeting will be conveyed to the heads of state and government of the European Union when they discuss Russia at their summit in Brussels at the end of March.

It does not give a positive image.

The Russian government is on its way down an authoritarian slope. There appears to be no room for democratic alternatives, Borrell says, who has promised to offer concrete proposals to EU member states on new sanctions.

At the same time, Borrell criticized himself. In the European Parliament, about 80 members, most of them from the right, have signed a letter to the President of the European Commission, Ursula von der Leyen, demanding the resignation of the Spanish Social Democrats.

A signatory to the Swedish convention is Arba Kokalari (M).

The visit was a failure. He was unprepared and clearly showed that he had no power to take EU action against Russia, Kucalari told TT.

Borrell could have been more straightforward and harsh in his criticism. But he is still a bit far from calling for his resignation. In an online press conference with Swedish journalists, Incir says it is very important when conducting political dialogue to find solutions.

There are also members of the European Parliament who believe Borrell’s criticism of Russia still appears false.

Carles Puigdemont, the former regional leader of Catalonia, notes that in Spain, nine Catalan fanatics for independence were sentenced to much longer prison terms than Navalny was sentenced in Russia.

The European Union cannot go around the world and recommend recipes that you don’t take on your own. I want a European Union that is a powerful voice for human rights in front of everyone. You are not that voice, Mister Borrell, says Puigdemont in the European Parliament.

In a web-based meeting on Monday with representatives of several European Union countries, including Sweden, Navalny employees Leonid Volkov and Vladimir Ashurkov proposed measures against oligarchs, for example, Roman Abramovich and Alisher Usmanov – both accused of investing billions in English football clubs. Throughout the year.

The fact that the Russian authorities described it as “treason” to the demand for sanctions does not seem to hinder the maritime side.

Volkov wrote in the Telegram news service, according to the French news agency, that “it is difficult to imagine anything that would be more patriotic, which would be more in Russia’s interest.”

Josep Borrell (born 1947) was born and raised in the Catalan town of La Pobla de Segur in the Spanish part of the Pyrenees. He joined the Spanish Social Democratic Party, PSOE, in the 1970s, and became Minister of the Environment in the 1990s and a member of the European Parliament in 2004, when he was immediately elected President until 2009.

He returned to Spain in June 2018 when he was appointed Minister of Foreign Affairs. A year later, he moved to Brussels as Foreign Minister in Ursula von der Leyen’s new European Union Commission.

The position was introduced in 2009 and previously occupied by British Catherine Ashton (until 2014) and Italian Federica Mogherini (until 2019).