Apple CEO Tim Cook has confirmed that the company will donate to flood...
HomeWorldThe expert's three... 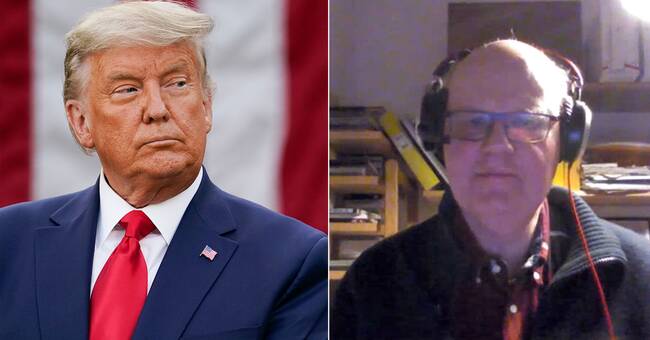 The former president’s defense before the Supreme Court focuses on freedom of expression. Lawyers say Donald Trump is not responsible for the January storming of the Capitol, describing the indictment as “an unfair and unconstitutional act motivated by political revenge.”

US expert Jan Hallenberg does not believe the Democrats will succeed in convincing enough Republican senators to oust Trump, even if the defense arguments are weak.

“But we have to bear in mind that Republican senators want to find more arguments for liberating Trump, and I think they did.”

A crack in the Republican Party

In an interview with the newspaper Politico And former Republican Ambassador and United Nations Nikki Haley recently distanced herself from Donald Trump. Jan Hallenberg says it clearly shows that the discord has originated in the Republican Party.

Some believe that Trump will be a martyr, I don’t think so. I think it is gradually losing its influence. The fact that Nikki Haley is clearly distancing herself from Trump is a sign of an openness in the Republican Party for a presidential candidate who is not 100 percent loyal to him. It is a possible consequence of this.

A ruling in the Supreme Court is expected on Saturday. Despite the unconvicted ruling, Jan Hallenberg believes the Democrats’ main goal is to make it impossible for Donald Trump to become president again.

There are more Republicans than ever to vote to oust. That way, this is a sure success for the Democrats, he says.

Conviction requires two-thirds of the 100 votes in the Senate.