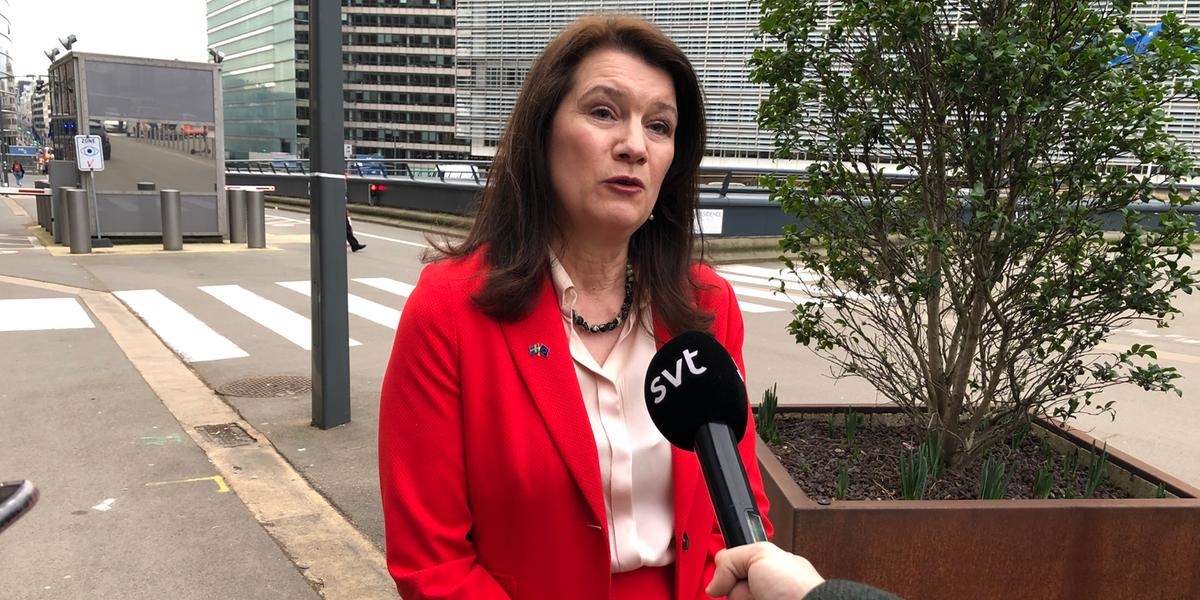 Russia’s imprisonment of opposition politician Alexei Navalny and the harsh measures against the demonstrators were met with strong condemnation from the European Union.

With Russia angrily getting rid of all criticism and instead opposing expelling EU diplomats, the European Union is now responding with new sanctions.

For the first time, we are using the new human rights penalties system, which some call the Magnitsky System, and it will soon become clear. “We have a political decision that we made today,” said Foreign Minister Anne Linde (S) after her talks with her European Union colleagues in Brussels on Monday.

Who exactly will be affected by the travel ban to the European Union and the freezing of any assets, Linde does not want to delve into. However, European Union diplomats told the Reuters news agency of at least four possibilities:

Victor Zolotov is chief of the National Guard.

The European Union’s foreign ministry will now figure out who will be affected. Within a week, the foreign minister expects the formal sanctions decision to be made.

In Monday’s meeting, Ann Linde also mentioned that the controversial Russian-German gas pipeline Nordstream 2 should also be questioned in this context.

She was forced to do so, as the majority in the European Union Committee on the Riksdag demanded on Friday, despite opposition from the ruling parties S and MP.

This is the position of Sweden, says Lindy, which did not receive much attention in the meeting.

He said, “Several countries indicated that they consider it inappropriate to address them, because they (Nordstream) are related to energy issues and that no one should punish – as someone said – 150 European companies and the sanctions that target Europe and Germany.” Minister of Foreign Affairs.

It was also decided during the meeting to impose more sanctions on various rulers in Venezuela and a warning against putschists in Myanmar (Burma).

“The European Union is ready to impose severe sanctions on those directly responsible for the military coup and its economic interests,” said a joint statement from Brussels.

Additionally, a lengthy chat took place online with the incoming US Secretary of State Anthony Blinken – to the delight of many of those who sighed deeply about what it looked like from the US during Donald Trump’s tenure as president.

– It feels very cool. There is an experienced foreign minister who knows the European Union and Europe, and he participated in the negotiation of the Iran agreement and says repeatedly: “This is complicated, there are no easy solutions.” Lindy says it was wonderful to hear it from an American today.

– It was kind of a Hallelujah Joe, I have to say.

In December 2020, the countries of the European Union agreed on a new framework for sanctions against persons “responsible for, involved in, or associated with grave human rights violations around the world.”

See also  Much of Pakistan is losing power in massive blackouts

In the past, the European Union was only able to impose sanctions that specifically targeted specific conflicts or problem areas, such as the wars in Syria and eastern Ukraine, or linked to UN actions such as the chemical weapons ban or the arms embargo. in Lybia.

The new sanctions framework is in the same fashion as the so-called Magnitsky Act in the United States – named after Russian lawyer Sergei Magnitsky, who died in a Moscow prison in 2009.