Why thanksgiving is celebrated with full enthusiasm? This day is celebrated as a national...
HomescienceThe brain purification...

The brain purification plant was captured on 3D film 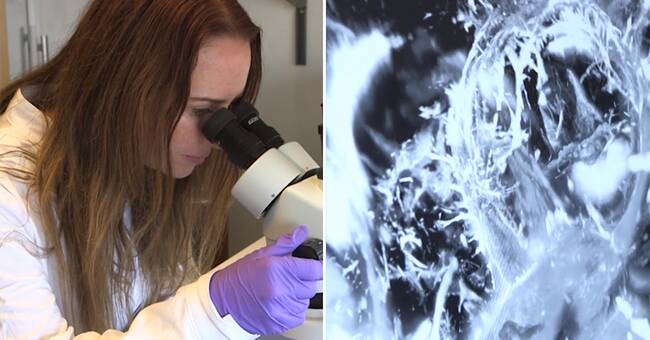 Biological activity in the brain produces waste that can be dangerous to us. A few years ago, it was discovered that the brain has its own processing plant that cleans up waste. It is called the glymphatic system.

A cleaning fluid called cerebrospinal fluid washes away waste from proteins that the brain does not need. Researchers from Lund University injected dyes into a fluid in pig brains, so they could monitor activity with 3D accuracy.

Researchers have previously studied the cleaning system in mice’s brains. This study is the first to demonstrate the cleaning regimen for a larger mammal. They saw that the pig’s brain system was more active than the mouse brain.

We saw that the cleansing fluid was transported quickly and efficiently into the deep brain folds found in large animals. This confirms our view that the system is of great importance to humans, says Epin Lundgard, the Lund University biomedical researcher who led the study.

Important to sleep at night

The glymphatic system works best when we sleep at night.

– The purification system works at sleep and at night. The brain produces four times the amount of fluid it does during the day at night. But you also need sleep because the brain activity when we sleep starts the processing plant, says Ibn Lundgard.

Researchers believe this discovery is a stepping stone to new therapies for brain diseases.

This purification system is a new and important aspect of being able to treat diseases such as Alzheimer’s. Ibn Lundegaard says that the purification regimen gets worse with age, so we are interested in how to maintain the cleansing regime as we age.