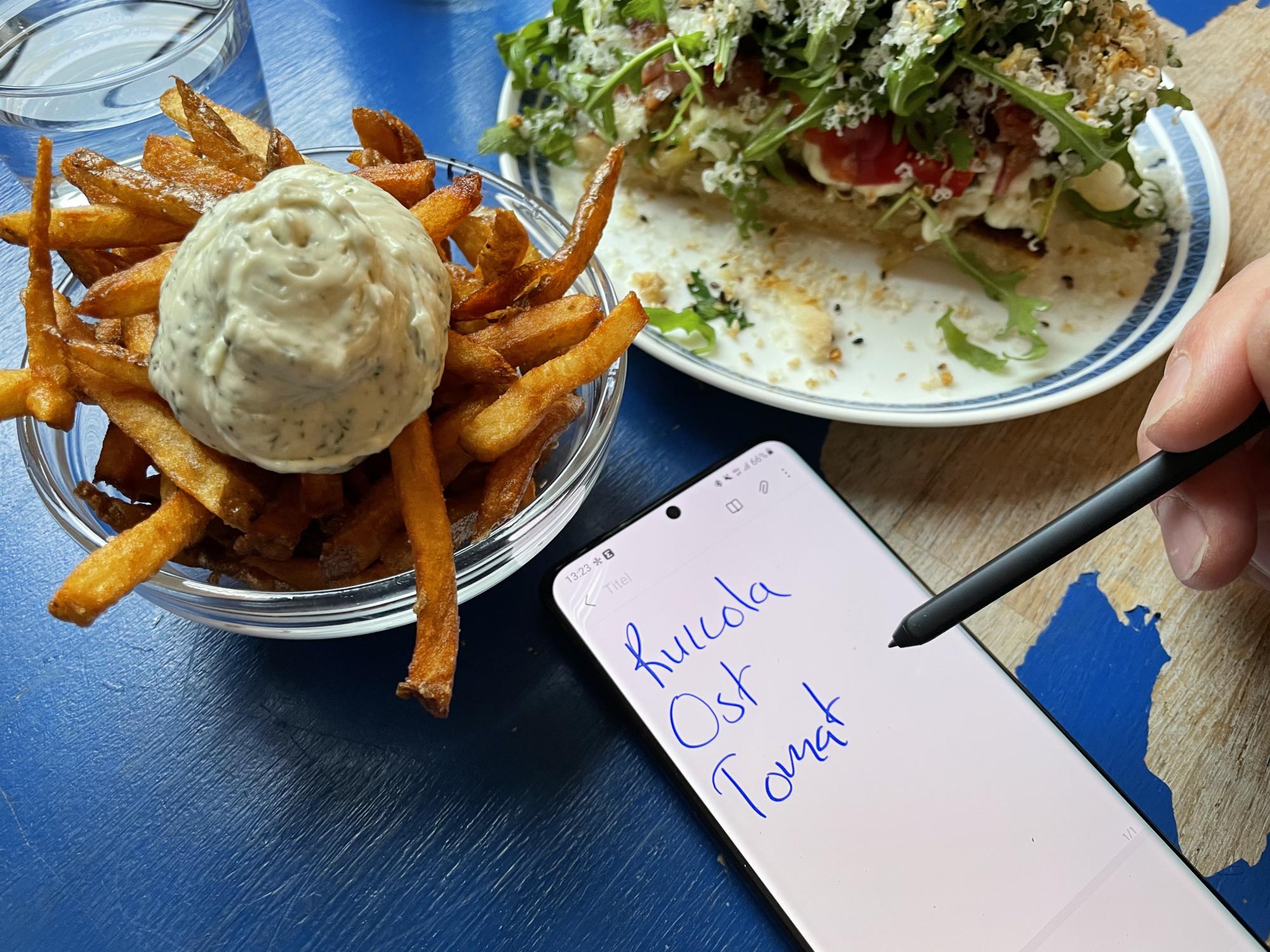 The fact that the S-Pen of the Galaxy S21 Ultra doesn’t have its own compartment in almost the same phone is the biggest difference. It doesn’t take many minutes after I start testing the pen with my S21 Ultra before I ask myself where to put the pen. So I do not make the mistake of choosing just the pen, but in this case buy it with one of the shells provided. Then you also get a natural place to store the pen that’s always within easy reach on the phone. 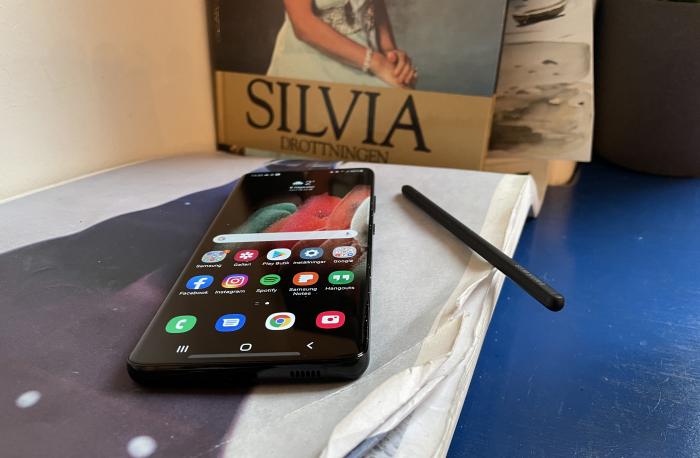 The S-Pen of the S21 Ultra is much larger than the stylus that Samsung sends with the Note series phones and at first glance it doesn’t seem like the stylus and the phone belong together. The stylus appears to belong to one of the Samsung tablets. On the plus side, though, it has to be said that the size means it’s comfortable to hold and that means you can type more and more without getting tired in your hand.

Unlike the Note stylus, the S21 Ultra’s S-Pen is not equipped with Bluetooth. When I start using the stylus, I first wonder how to pair it with the phone but it’s simply not necessary. Just start writing. 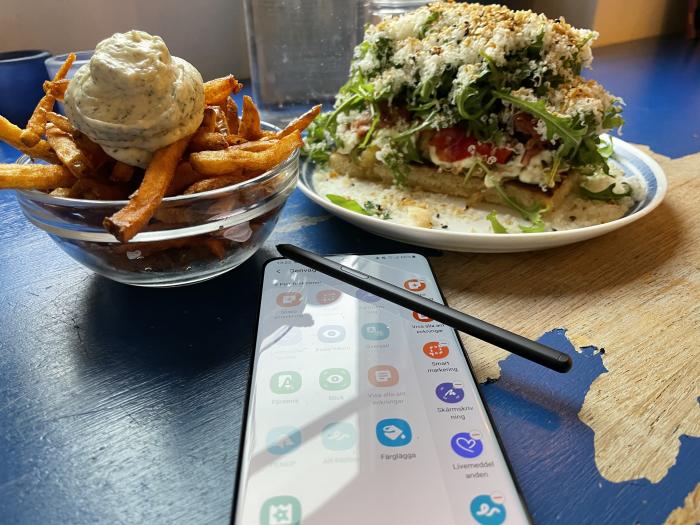 While the S-Pen of the S21 Ultra is somewhat different, those who have previously used the Note phone will still be at home. In the shortcut menu that lists the pen functions, for example, there are clean notes, of course, and then in the Samsung Notes app, Screen Writing, so I can scribble on the screenshot, translate, zoom, and direct messaging, to name a few. In fact, it is also possible to write directly on a locked screen, but unlike the note where you only need to take the stylus out of its compartment to activate the function, another step is needed here. The S-Pen for S21 Ultra has a button and by pressing it at the same time as I move the stylus towards the screen, the function is activated. 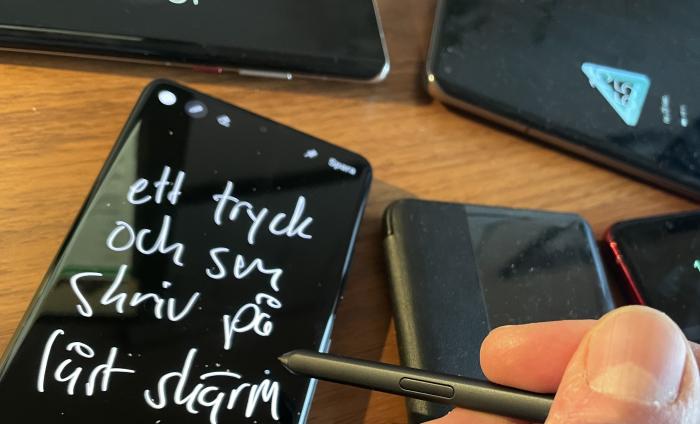 After a period of use, the regular notes are what I appreciate the most with the S-Pen. It helps to be able to write and interpret handwriting in a text. Thus you avoid sharing difficult-to-interpret characters, but you can instead allow the phone to translate them into editable text. It works surprisingly well. Then, of course, the stylus can also be useful if you ever need a better resolution than a finger can provide on the screen, if, for example, you draw or edit pictures with fine detail. A pen can also be useful if you need to select text with good extra precision.