Sweden lost the excitement to Russia at the JVM in Edmonton 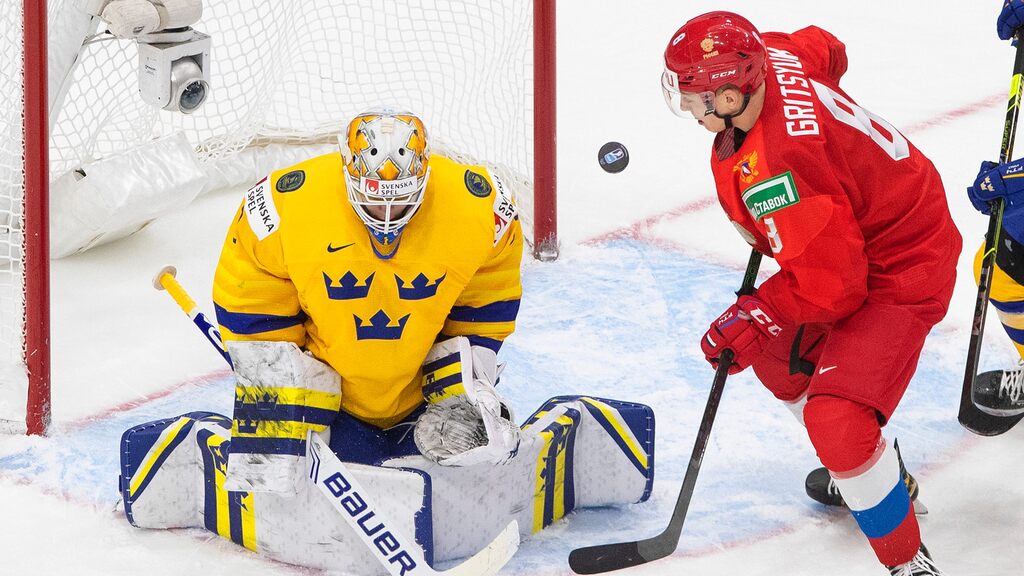 – Very sorry we lost it. I think we deserved to win given the way we fought, Junior Goalkeeper Kronornna Jessper Wallstedt said.

But overall, I think we’re doing a good game. We started out a little weak, but then really progressed.

Sweden’s loss to Russia means Juniorkronorna’s 14-year winning streak has been broken. After winning 54 consecutive group matches at the World Junior Cup, he paused the night before New Years Eve at Roger Place in Edmonton.

He is anxious, though Not the captain of Juniorkronorna, Philippe Proberg.

– What happens in the group game is less important. We are here to win gold. This is what everyone on the team focuses on. We have to be at our best when we’re at stake, says Philip Proberg.

As the loss came in the extension, the Swedish national team got an important point before making the decision in the group match.

This point means Sweden can still win the group. What is required for this is to beat the United States in the last group match that was held the night before New Year’s Day.

It will be a difficult match against the United States as it was against Russia. We have to come out stronger than we did today, and be consistent for 60 minutes, ”says Philip Broberg.

Tonight’s game He had many different faces, and the intensity was more reminiscent of something I used to see in a decisive playoff match than a group match.

Russia offered a fast and entertaining game of hockey from the start. Something that is often a noble Russian brand.

Already after 37 seconds, 18-year-old Swedish goalkeeper JVM, Jesper Wallstedt – who had a chance in place of Hugo Alnefelt who stood in the first two matches – succeeded in a puck game. However, the goal was not approved due to the goalkeeper’s intervention.

The condemned goal did not stop the progress of the Russian juniors. Russia continued to press the Swedish goal, and in the eighth minute, Walstaedt did not fight back.

After the goal, Russia continued to create dangerous goalscoring chances, but Wallstedt showed the difference and made several really good saves.

In the middle of it Surprisingly, the Russian press reached the Swedish equalizer. In the 15th minute, Arvid Costmar drew 1-1 after a good collaboration with Noel Gunner and Simon Holmstrom.

I wouldn’t say we were shocked at the Russian pace, but we didn’t play the best hockey game during the first ten minutes, says Philip Broberg.

– So it was fortunate that it was a team match, not a quarter-final or semi-final.

In the second period We got to see the scenery change. The Swedes stopped the Russian domination. Instead, it was the little crown that drove and stood on the ice.

A change made by the Swedish players through hard work, which in turn contributed to the exposure of Russian youth to many expulsions.

At the Swedish goal, Jesper Wallstedt continued to play well, and when Sweden mid-term got the chance to play with another player, the Swedish equalizer hung in the air.

Sweden didn’t come close to the rib hitting Alexander Holtz at the time, but Holtz gave in to score his first goal in this year’s JVM tournament. Four minutes before this period left, he succeeded.

Although Holtz missed an open goal in first place, the 18-year-old took revenge on himself when he was second after he got trapped in a goblin via Russian goalkeeper Askerov.

After the second half the score was 2-2.

It was game wise The third half was equal, and midway through it was Russia’s turn to play with another player when striker Holtz sat in the penalty area.

Then came the goal of the Russian leadership. Kirill Kirsanov gave Russia the lead again with a 3-2 goal.

It seemed to be the winning goal but the Swedish team’s decision to pick Wallstedt early gave results.

With one minute left to the end of normal time, Sweden equalized after Holtz’s shot passed Swedish goal, Noel Gunner.

3–3 The result was after the normal time, and an extension was expected. Wallstedt continued to play heavily in overtime, but when the Russians played another one, the decision came.

With just over five seconds left in overtime, Russia decided to score the final score at 4-3.

The night before Swedish New Year’s time, the group match ends when Sweden meets the United States. If Sweden wins that match, regardless of whether it takes place during regular time or after extra time / penalty kicks, Sweden wins the group and gets a somewhat easier resistance in the quarter-finals.