Apple CEO Tim Cook has confirmed that the company will donate to flood...
HomeWorldStrong reactions after... 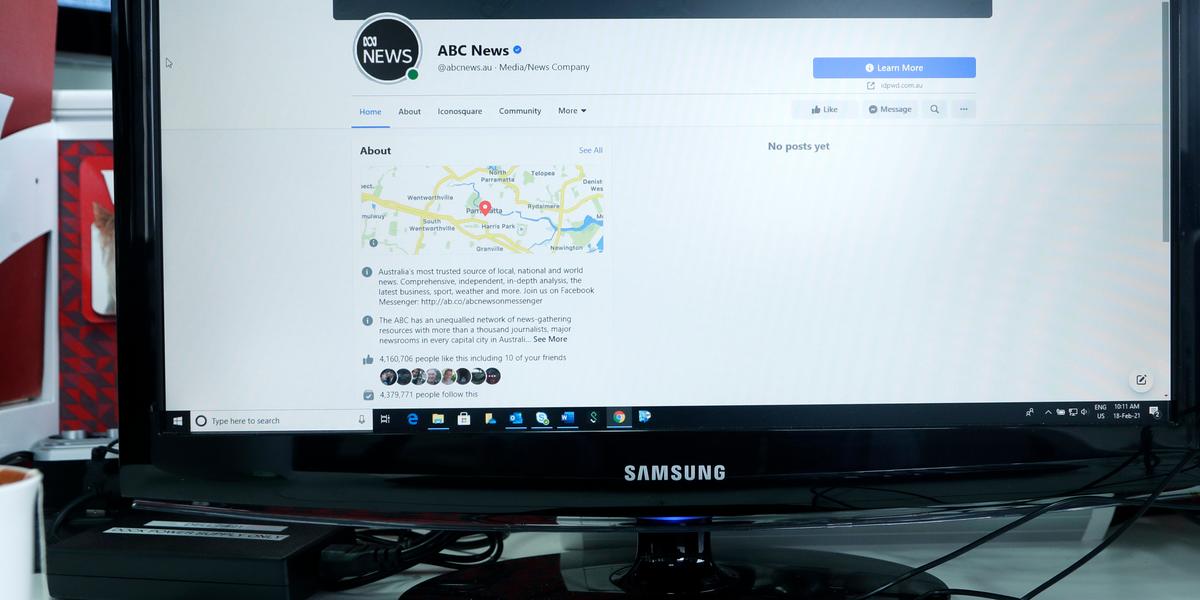 Since Thursday, Australian media Facebook pages have been blank.

The pages of several authorities were also affected at first by the disruption and were prevented from communicating via the platform, according to reports ABC News. These included the meteorological office, local health authorities as well as some areas of police and emergency services. After lunchtime local time, most of the non-media pages were restored.

But the reactions were not long.

Prime Minister Scott Morrison wrote on his Facebook page, according to Reuters: “Facebook’s efforts to remove Australia as a friend by hijacking critical health and emergency information channels have been arrogant and discouraging.

“This measure will only confirm the concerns expressed by a growing number of countries about the behavior of large IT companies that consider themselves larger than the government and do not believe that the rules should apply to them,” he continues.

They act more like North Korea than they are an American company. “I want to urge the American government to help us solve this issue,” he told reporters.

The downtime comes because of a bill that means IT giants Facebook and Google have to pay for content from local media. The law is one step closer to coming into force, as it was approved by the House of Representatives on Wednesday and will now be taken up in the Senate.

“The proposed law misunderstands the relationship between our platform and the publishers who use it to share news content. This has given us a difficult choice: trying to comply with a law that does not take into account how that relationship works, or that” stops allowing news content on our services in Australia. With a sad heart, we choose the last option, “writes Facebook in Prof. statement.

Communications Minister Paul Fletcher said ABC National Radio It was announced Thursday morning local time that the government would not withdraw the bill despite Facebook’s move.

If you do business in Australia, you should follow Australian law, he says.

Now, Facebook is informing Australians in one way or another that what you see on our platform is not responsible, fact-checking journalism. While there are already questions about Facebook’s credibility, they should consider this, he continues.

– Facebook erred. Finance Minister Josh Friedenberg said during a press conference that Facebook’s actions were unnecessary, as it was cruel and would damage its reputation here in Australia.

Friedenberg also says the authorities received no warning before the ban began.

He writes, “We agreed to continue our conversation to try to find a way forward.”

According to Reuters, Facebook said in a statement, on Thursday, that the decision to block the media was something they were forced to do, because the bill does not provide any clear instructions on how to define the concept of news content. So they choose to interpret the term broadly so as not to risk breaking the law. The company maintains that the ambition to counter disinformation remains, and it promises to allow pages affected by the “mistake”.

Google, which has also threatened the ban, signed compensation agreements with several Australian media houses earlier this week. Something that the authorities welcome.

The primary purpose of the media law is to encourage trade agreements, and we welcome the fact that these very important agreements have been announced, says Communications Minister Paul Fletcher. National ABC.

See also  "This revolution is our chance"