Why thanksgiving is celebrated with full enthusiasm? This day is celebrated as a national...
HomescienceSpace deforestation is...

Space deforestation is being monitored – which reduces carbon dioxide emissions 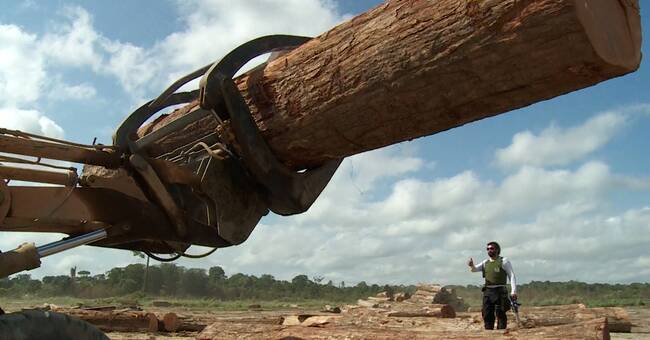 Land changes like deforestation to make way for agriculture, for example, are behind between 6 and 17 percent of global carbon dioxide emissions. Thus, forest conservation is an important piece of the puzzle in the fight against climate change.

It can act quickly in case of change

In a new study published in Nature Climate Change, researchers studied deforestation in 22 low- and middle-income countries between 2011 and 2018. They used high-resolution satellite images to monitor large areas covered by forests. New pictures of the forest are taken every eight days. When a change in pictures occurred as a result of cutting the forest, a warning was sent via email to those who subscribed to the service. The system that the researchers developed makes it possible to see changes quickly.

The advantage is that you can act very quickly to prevent cutting, says Diliang Chen, a professor of physical meteorology at the University of Gothenburg who read the study.

Technology has long been used to analyze changes in land use. But what was a problem was that there was a poor decision and that the information was only read after a year or so – often the decision makers have no opportunity to act in real time.

“This is the first global system, which has high accuracy and comes with warnings every week,” says Jennifer Alex Garcia, a professor at Oregon State University and one of the researchers behind the study.

Researchers were able to see that deforestation in Africa decreased by 18 percent over two years as a result of the warning system. However, deforestation in Asia and South America has not decreased to the same extent. Researchers don’t know for sure what the difference is, but they speculate that it may have something to do with the fact that South America and Asia do indeed have surveillance systems – although not as sophisticated.

Political uncertainty caught in the wheel

Another reason was political turmoil in two countries with large forest areas in South America – Colombia and Venezuela where the desire to work was low.

This study will be of great interest to countries that do not have the capacity to monitor, either due to resource constraints or political will. You cannot blame yourself for not knowing what is happening. “I think countries that do nothing against deforestation will have to act with this technology,” says Diliang Chen.

Every year, 495 square kilometers of forest can be saved in Africa thanks to satellite monitoring. This corresponds to 70,000 soccer fields. This means that a lot of carbon dioxide can be saved, as well as plant and animal life.

– The jungle offers so much more. Not only for human beings, but for biodiversity, says Diliang Chen.