Apple CEO Tim Cook has confirmed that the company will donate to flood...
HomeTop NewsShe makes the...

She makes the bread architecture 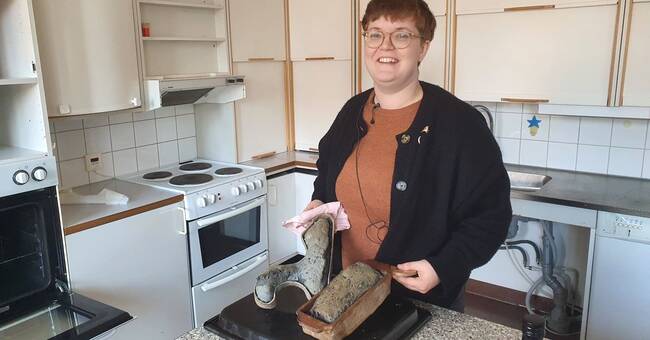 This fall, she received a lot of attention for her bread tower at Wanås Art in Skåne. A monument built from more than 11,000 bread slices. Learn more about it in the feature above. The project she’s currently working on is calling it “Before I Die I Shall Bake a Museum”, where she makes bread that represents details from various international museums:

– When I entered the UK College of Art a few years ago, I thought about how to become a part of the art world and one of the oldest ritual ways to become part of something is to eat it.

She has her own studio in Hallarna Cultural District. She and her partner chose to move from Malmö to Norrkoping a year ago:

Mainly because it looks like a very rich cultural city.

And the interest in her baking appears to be great. She previously exhibited in Finland and is now working on an exhibition in May in Switzerland. In the feature above, we’re with her when she bakes her bread.

The art that is shaped

Louise Witt says there are other baking artists out there. Salvador Dali actually made different types of baking caps. One of the reasons she started her baking business was because other art materials were very expensive, but there was very cheap bread available in the UK:

I also like that you can eat artworks, they reduce and increase their value, but it is almost impossible to sell artworks because they will collapse after a year or so.

See also  Biden urged that Eric Schmidt, the former chief executive of Google, not be selected for the management position
entertainment