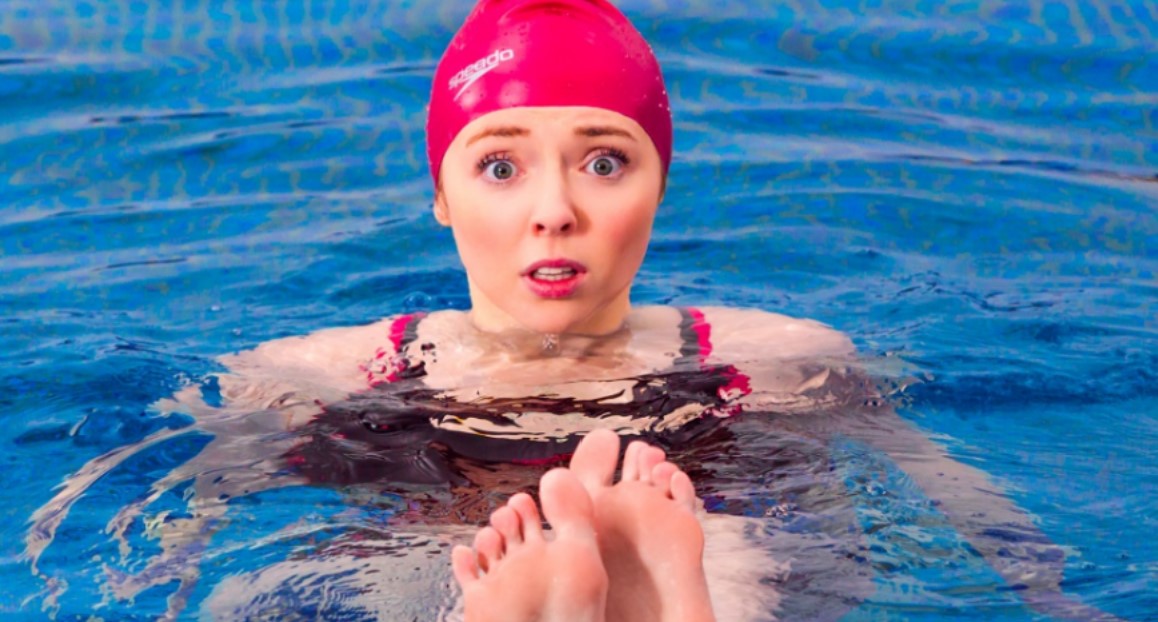 When I was a teenager, I wouldn’t wave. My upper arm would stay firmly against my body, so my bingo wings wouldn’t shake. I’d spend summers in flesh toned tights because I convinced myself they’d hold anything that wobbled in place. They didn’t. What they did give me was a yeast infection… but I kept wearing them anyway because, as a teenage girl, the most important thing is the opinion of other people.

I wanted a Jane Norman carrier bag – remember those? The popular girls in my school carried them around because they were just about sturdy enough for a couple of school books and a make-up bag. I wanted the same flat ballet pump shoes that everyone was wearing. My Mum rightly refused to indulge in my incessant whining because they were basically a posher looking slipper sock and had no support, so instead forced me to wear ‘proper’ shoes. It’s funny, because now I could happily live in a well-supported trainer.

But that’s it, isn’t it? Then and now. We can laugh about being the self-conscious teenager, and realize how ridiculous our obsessions and ritualistic habits were. Now at 26, I wish I’d felt better about myself sooner. Perhaps this could have happened, had I been more confident in having conversations about my body and self-image, during the in-between phase.

I wrote a play about this phase in 2014, called Tumble Tuck. I was 22; I’d written a play before, but nothing had come to any real fruition at that point. I’d moved back in with my Mum a few months earlier – the panic disorder I’d been diagnosed with in 2009 had started to take a hold of me again, and I was a mess emotionally and financially. Working 50+ hour weeks in London and eating cheap food to survive; I was depressed and overweight.

Sarah on stage as Daisy in Tumble Tuck:

So at home, I started swimming every day with my Mum. At first, it was another vanity project. Must get thin, must lose weight, must get fit, must make self smaller. Being in the water was about punishing my body. But then the serenity of being alone within the confines of the pool kicked in. Back and forth, up and down. It became therapy without me realizing it. And then I got good, really good, and my speed was decent!

Then one day a local team came into the lane next to me (Mum and I called them ‘The Triathletes’) and I found that, in comparison, I wasn’t a good swimmer at all. They were slim, strong and powerful in the pool – every length I swam, they’d have finished three. I left embarrassed and feeling gross. I didn’t go back for a couple of days and instead I wrote about it in the form of a play. I wrote about what it felt like to be in the water. I wrote the race my main character Daisy experiences in Tumble Tuck and missed that feeling.

I realized, after finishing Tumble Tuck that I’d written the play I wish I’d seen during my in-between phase. The moment where you find yourself dealing with youthful anxieties and working our how they translate into your adult life. Mine came between the ages of 19-25, but I’m sure for many, it starts much earlier. The in-between phase is normal and Tumble Tuck explores one young girl’s journey through it.