Researcher: So we want to know more about Mars 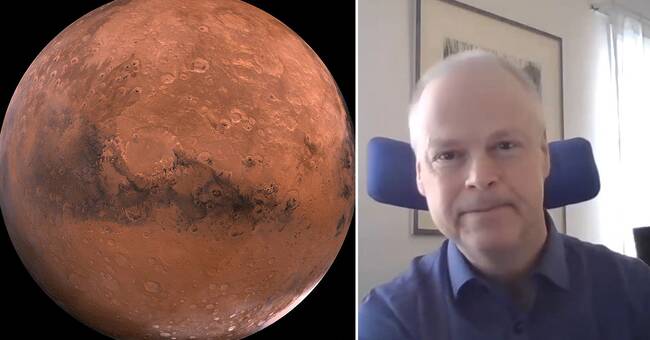 In July last year, the three space probes began from Earth. After this addition, there will be a total of eight space probes operating in orbit around Mars and three on the planet’s surface.

– Mats Holmstrom, associate professor and researcher at the Institute of Space Physics in Kiruna, says it is exciting to welcome more space probes to Mars.

Mats Holmstrom is responsible for a Swedish instrument, Aspera-3, that sits on the European Mars Express and has been in orbit around Mars for the past 18 years.

It was the first European space probe to another planet.

Above all, however, we wanted to find out where the water that used to be on Mars went, says Mats Holmstrom.

Get to know the earth at the same time

The task of the probes and ground vehicles is to teach us more about a planet that was once very similar to our own. By doing this, we can also learn more about Earth.

At the beginning of the solar system, Venus, Mars and Earth were very similar to each other. By learning more about how Mars evolved, we can also learn more about what happened to Earth historically and what could happen in the future, says Mats Holmstrom.

Play the clip to hear Mats Holmstrom tell us more about why we want to explore Mars and what we can learn.

See also  A second astronaut has been assigned to SpaceX's maiden civilian space flight. Dr Hayley Arsino will be the youngest American to go to space
entertainment