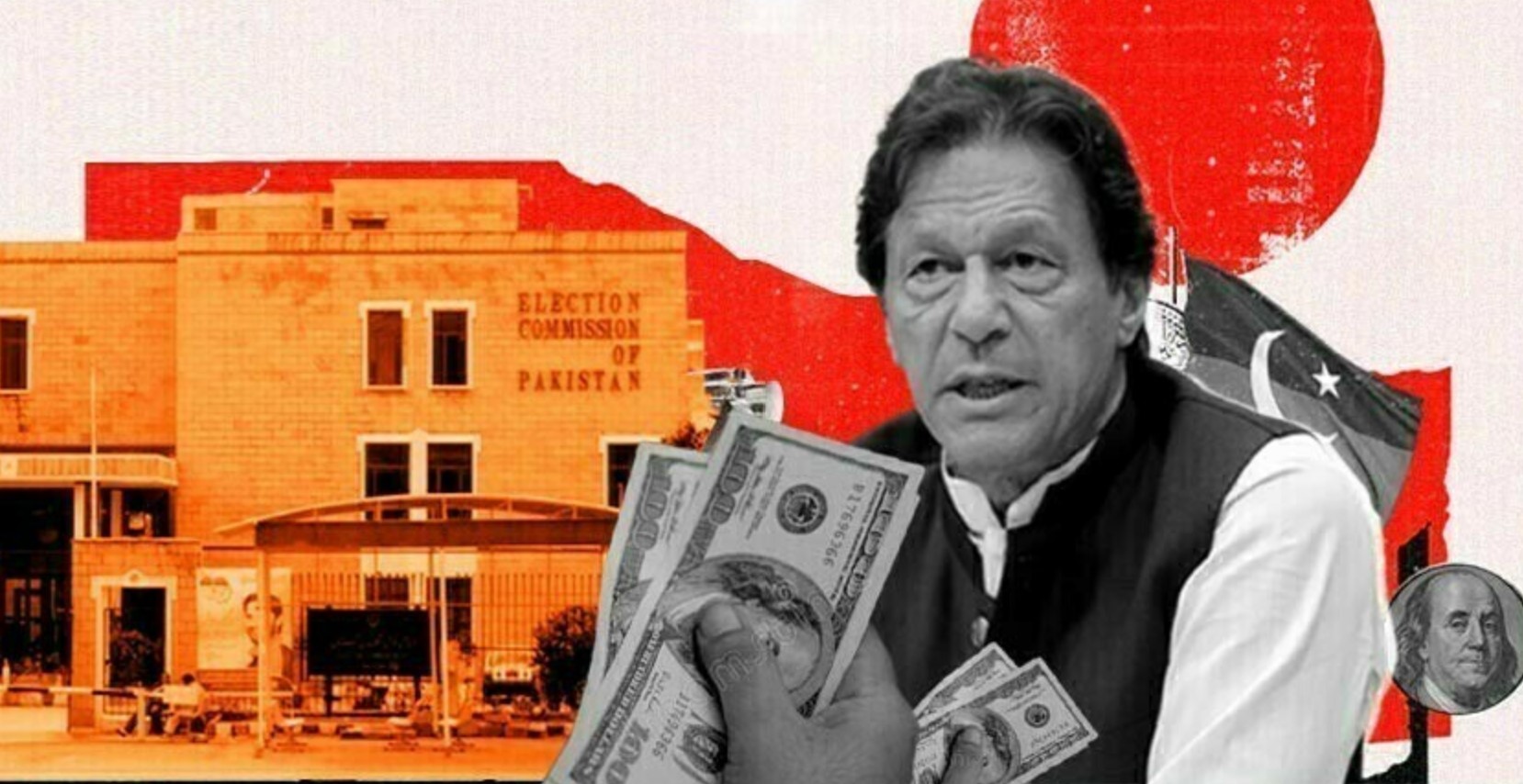 Simon Clark says the guests he spoke to who had attended the now-infamous match at Wootton Cricket Club, arranged by Abraaj founder Arif Naqvi, and which was used allegedly to raise funds for the PTI, say they did not know where the money was going.

PTI confirms that Wootton Cricket Ltd – which is Naqvi’s company, sent $2.12 million to PTI. My article shows that $1.3 million of that money came from Abraaj, not the citizens of Pakistan. PTI says he did not know where the money was coming from”.

In a report to the Financial Times on July 28, Clarke made some explosive revelations about Arif Naqvi’s Cayman Islands company Wootton Cricket Ltd, saying it was allegedly used to fund PTI after receiving funds from companies and individuals, “including at least 2 million dollars from a UAE government minister who is also a member of the Abu Dhabi royal family”.

Speaking to Shahzeb Khanzada of Geo’s ‘Aaj Shahzeb Khanzada Kai Saath’ on Monday evening, Clark says he first came to know about the purpose behind Arif Naqvi’s Wootton Cricket Ltd through the ECP’s January 2022 report on the prohibited financing case PTI – better known as ‘Foreign Funding’ Case: “I have always been curious about the purpose of Wootton Cricket because of its strange name, but I first learned of its purpose in January when the ECP released its initial report on the PTI Foreign Funding Case . The ECP said PTI received $2.12 million from Wootton Cricket. [However], the ECP report did not say where Wootton was getting his money – and that is what my story is about.”

According to Clarke, there are two main issues to consider here: one is that under Pakistani law companies cannot fund political parties, and the other is that “Wooton Cricket received $2 million from Sheikh Nahyan, a member of the royal family of Abu Dhabi. In the emails, Naqvi talks about sending $1.2 million of that money to the PTI, which was done through Tariq Shafi and a company called Insaf Trust. PTI says they did not know Nahyan’s money was sent to them.

There have been attempts to paint a picture of Arif Naqvi being persecuted because he is Muslim and Pakistani, which Clark refutes in his conversation with Geo: “I have been investigating this for four and a half years and I have not seen any evidence of a conspiracy against Arif Naqvi…I have collected huge the amount of evidence of financial wrongdoing at Abraaj. These are not minor irregularities. I have been a financial journalist for 23 years and I have never seen such a case”.

He also says that Naqvi’s affidavit that he received funds for the PTI only from Pakistani residents living temporarily or permanently abroad contradicts the evidence [Clark] collected, and that if the PTI were to take him to court, it has sources including “bank statements, SWIFT statements, internal Abraaj emails, spreadsheets and documents. And I gave everyone listed in the article more opportunities to respond and explain. Imran Khan and PTI answered my questions, [but] Naqvi, Shafi and Nahyan did not”.

Simon Clarke also says that although he has seen “Abraai’s emails showing that Naqvi and his colleagues talked about paying $20 million [as a bribe] to the Sharifs [to approve the KE deal], I have not seen any evidence that the money was actually paid.” And the Sheriffs say they didn’t even know money was being discussed.

The case of PTI’s banned funding dates back to 2014, when the party’s founding member and former vice-president Akbar S Babar petitioned the Election Commission of Pakistan, seeking an inquiry into what he called “financial malfeasance” in Pakistan. party. Babar said the PTI was guilty of violating the Political Parties Order, 2002.

The PTI had filed a petition in the court challenging the jurisdiction of the ECP to examine its accounts and also challenged the party membership of Akbar S Babar.

The Election Commission of Pakistan Tuesday unanimously announced the verdict on the PTI’s foreign funding case, stating that the party received prohibited funding.

The commission, in its verdict, named several individuals and companies with foreign origins for having funded the party.

This was not the first time Romita Shetty’s name has surfaced in Pakistani media. According to The News, her name was earlier published in a story by our correspondent Fakhar Durrani. Shetty is the managing director of DiMaio Ahmad Capital LLL (DA Capital) and the wife of a Pakistani-American businessman Nasir Aziz Ahmed, according to Bloomberg.

According to Aziz’s profile published on Bloomberg, he is the managing partner of DA Capital. The company is known to advise its clients regarding investments and economic planning, among other matters.