Apple CEO Tim Cook has confirmed that the company will donate to flood...
HomeWorldProtests against Israel...

Protests against Israel in European cities

Tens of thousands of people demonstrated in several major European cities on Saturday to protest against Israel’s bombing of Gaza. Police in Paris used tear gas to disperse demonstrators, fearing the spread of disease. 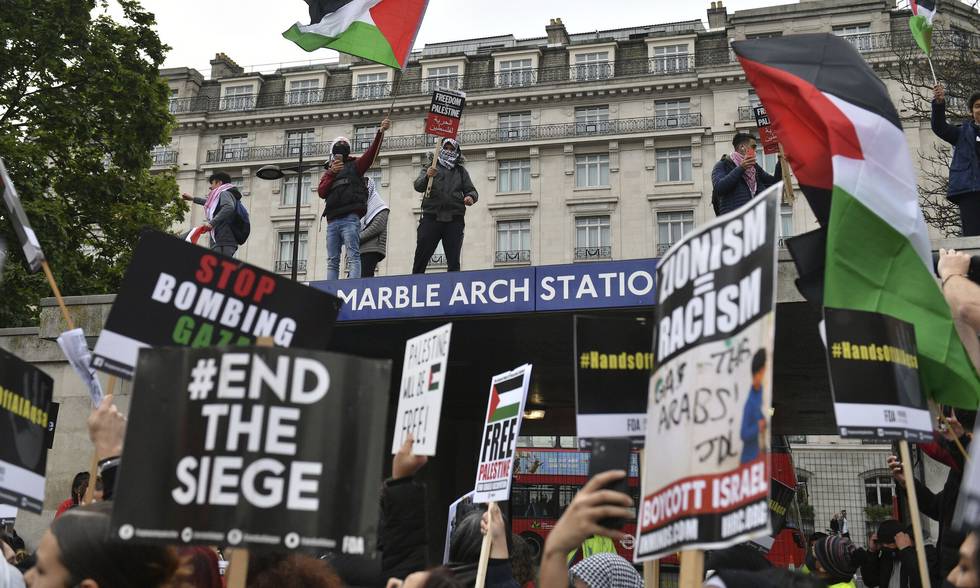 Demonstrations took place across Europe on Saturday. In London, thousands of people gathered near Hyde Park to go to the Israeli embassy, ​​holding signs urging Israel to stop bombing targets in Gaza.

Organizers claim that the demonstration gathered up to 100,000 participants, but the police were unable to confirm the number because the protesters were spread over a larger area and thus it was difficult to count.

– This time is different. This time we will not deny ourselves. We are united. “We are tired of the repression,” Palestinian Ambassador Husam Zomlot said in his speech at the protest.

Around 2,500 protesters gathered in Madrid to march on Puerta del Sol. “This is not a war, this is genocide,” protesters chanted.

They are slaughtering us, says Amira Sheikh Ali, 37, who has Palestinian roots.

Similar demonstrations were held in Berlin, Frankfurt, Hamburg and several other German cities. In Paris, police tried to dismantle a demonstration using water cannons and tear gas. The demonstration did not receive permission due to meeting restrictions during the pandemic.

Do you want to prevent me from showing solidarity with my family, even when my village is bombed, says 23-year-old Muhammad.

A demonstration of about 500 participants took place in Athens, where police used water cannons to disperse the protest.

See also  In Turkey, Erdogan is causing divisions among the institutions of the European Union

Israel began bombing targets in Gaza on Monday, in response to Hamas rockets being fired at Israel. These rockets came in retaliation for the Israeli security forces entering the area surrounding the Al-Aqsa Mosque in Jerusalem in connection with the Palestinian protests, which in turn were aimed at evacuating Palestinian families in the Sheikh Jarrah neighborhood in Jerusalem.

139 Palestinians have been killed in Gaza since then and nearly 1,000 wounded. Ten Israelis were killed and more than 560 wounded.