Apple CEO Tim Cook has confirmed that the company will donate to flood...
HomeEconomyPolice: You will...

Police: You will need to prioritize comprehensive checks for arrivals in Sweden 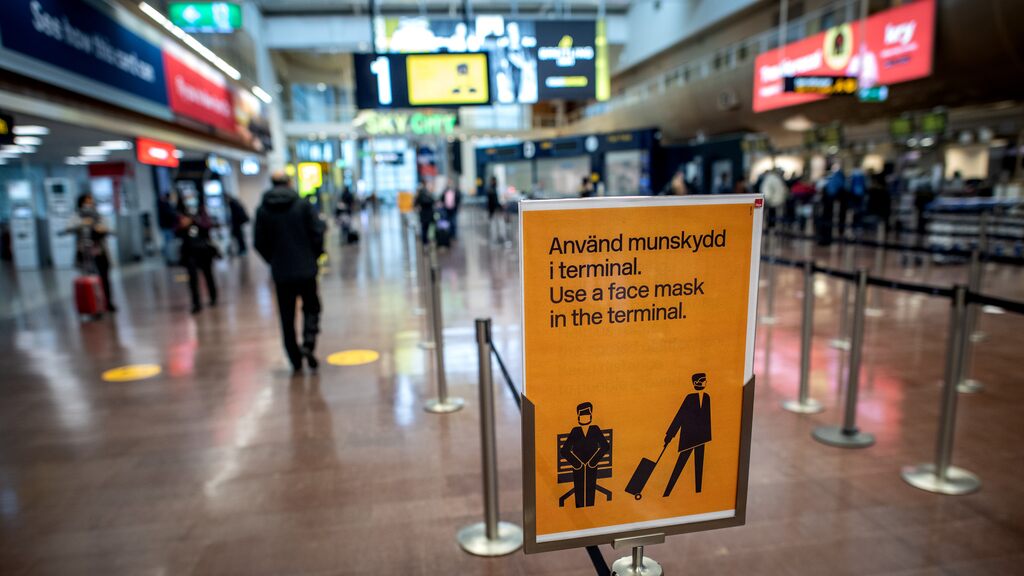 In order to reduce the risk of spreading various types of viruses in Sweden, the Swedish Public Health Agency wants the government to present requirements for foreign citizens to present a negative crown test upon entering Sweden.

“The situation is changing very quickly in the outside world, and different types of viruses can be found in more countries than we know,” said Johan Carlson, Director General of the Swedish Public Health Agency, in a press release on Friday.

In its request, the Swedish Public Health Agency wants foreign citizens to present a negative test with a maximum of 48 hours upon entering the country. Swedish citizens must also test themselves upon arrival in Sweden.

The request has been submitted On Friday the petition has since been sent for a swift referral to several authorities – including the police authority, which is responsible for maintaining the entry ban.

The answers were received on Monday. Then the police said that border checks for test certificates will mean another new task for the authority during the pandemic, which will require additional resources.

On the border with Denmark and Norway, police are already checking the current entry ban. There, test certificates can be verified in relation to current activities, according to the authority.

At the same time, police are indicating that there are regions that currently lack controls, such as the border with Finland, and that work on certification should be set against other tasks.

The police also confirm The importance of dealing with test certificates as simple as possible, and the Authority wishes it sufficient time to prepare the work.

The Swedish Migration Agency, another advisory body, wrote that it is important that the right to seek asylum is not violated by certification requirements. According to the authority, the effects of a proposal depend to a large extent on the exceptions on which the government chooses to decide.

The government aims to introduce the new requirement for coronavirus tests upon entry for foreigners later this week, according to Interior Minister Michael Dampberg (Q). The decision will be made at an additional cabinet meeting on Wednesday. After that, the test requirement will take effect as soon as possible, according to the minister.