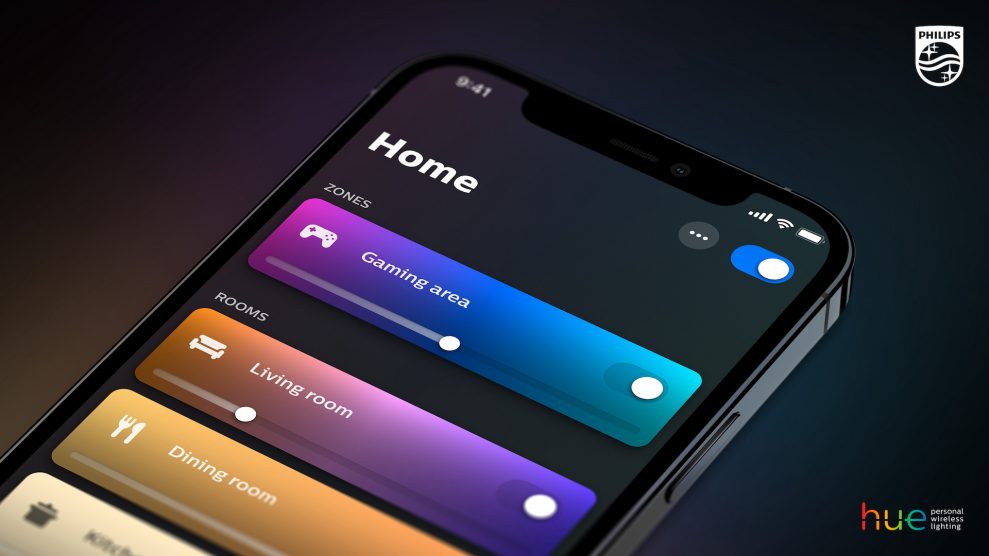 According to Signify, the new app will provide a more intuitive user experience Hue smart lights. The Home tab displays all light sources and scenes at once in a grid, making it possible to quickly control light sources and assign scenes without having to move between different tabs.

The Home tab also contains a gallery with previews of various Hue scenes specially designed by the lighting experts at Philips Hue.

Another novelty in the same tab is the ability to quickly switch between several Hue bridges. If you have multiple homes in the same app or separate Hue bridges to different parts of the home, you can control your lighting faster than before, Signify promises.

In the new application, you are no longer doing routines, but automation. The previous routine tab has been replaced by Automation, which contains advanced options for customizing the system and making smart lighting more personal.

A new feature is “geo-fence” for multiple users. When using “Coming Home” or “Leaving Home” automation, the Hue app checks that no other user has been left at home before the automation is activated. All to avoid leaving the rest of the family in the dark when the person controlling the app leaves the house.

The new Philips Hue app can be downloaded from the App Store and Google Play Store. Those using Philips Hue will already receive an automatic app update next week.

When opening the new app for the first time, the user is instructed about the functions and learns how to transfer lighting, scenes, and actions to the new app.

See also  The Android update caused the crashes of many Swedish | Realtid.se