Home theater sound has taken an extra dimension Dolby Atmos. Suddenly the sound came not only in front of, behind, and next to the listener – but also from above.

The result is a perfect, seamless hemisphere that completely surrounds the listener and makes ceilings and walls disappear. Where it is as if the objects in the sound scene are hanging freely in the air, they are placed very sharply rather than attached to the speakers.

This claims Lucid Motors is a big plus even in the car, and with the Surreal Sound sound system they have incorporated Dolby Atmos into their cars. Lucid Air. 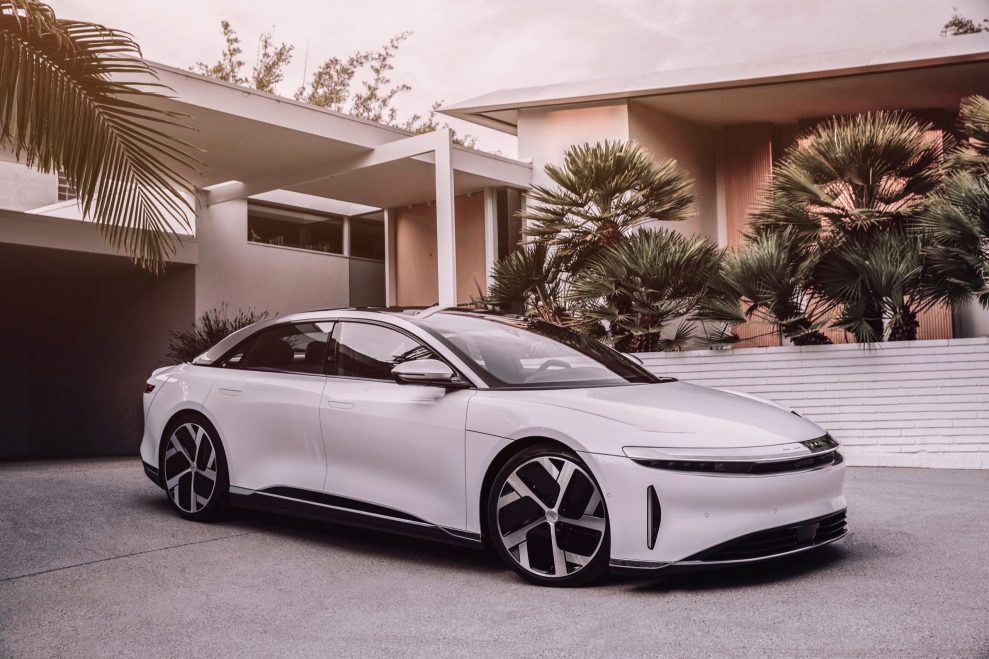 It is only logical. The interior of a car can sometimes feel claustrophobic. Even a spacious cabin like the Lucid Air sedan. In a normal car audio system, you rarely get a large acoustic sight. Instead, the driver often sits and hears the sounds from the front-left speaker, the passenger from the right-hand speaker as well as the passengers in the back seat often listen to their speakers. This does not become a real musical experience.

Thus, Lucid Motors goes a step further with the Lucid Air sedan, with a sound system they call Surreal Sound. There are 21 speaker components here strategically located – even on the ceiling – to create a seamless sonic bubble. The result, we think, is an audio scene that literally knocks on doors and side ceilings and places the listener in the middle of a massive, three-dimensional sound scene. And since Dolby is in charge of the sound scene, we totally think the result will be totally impressive. When it was also sound technologies from the reputable Capitol Records Studio C that fine-tuned the sound, it’s too watery on the mouth.

There is a little problem when it comes to Dolby Atmos. This is not a cheat matrix that upscales the stereo path to surround sound. The facility can do that too, but then it won’t be Dolby Atmos. To get the full Atmos experience, you have to download music from, for example, a streaming service that supports it TidesAnd, the music being played must be encoded in Dolby Atmos technology. So far, the offer is limited, but it is increasing.

Also for the movie?

But Dolby Atmos is not primarily a music format but a movie and TV format. And since the Lucid Air has a 34-inch 5K screen along the dashboard, the car should also be a nice environment to watch movies in. When parked, of course, fully autonomous driving characteristics await. We haven’t seen anything official about whether or not the infotainment system really has video features, but it would be natural for it to have these features right from the start or get them eventually. Many video streaming services have a large collection of movie titles with Dolby Atmos audio tracks and are ready to provide realistic sound with a huge sound scene.

Another feature of the audio system is that if the vehicle is to warn of a vehicle malfunction, then the warning signal can be moved in the direction it applies to it. For example, if someone in the back seat loosens the seat belt, the warning sound is coming from that specific spot. Too ingenious, we think!

See also  Is homeOS a new operating system from Apple? Or is it just a bug fix?

With audible warnings, the music is muted so you can easily hear what the car is trying to say.

Here you can book Lucid Air.