Apple CEO Tim Cook has confirmed that the company will donate to flood...
HomesportJVM went to...

JVM went to Finland after an exciting final 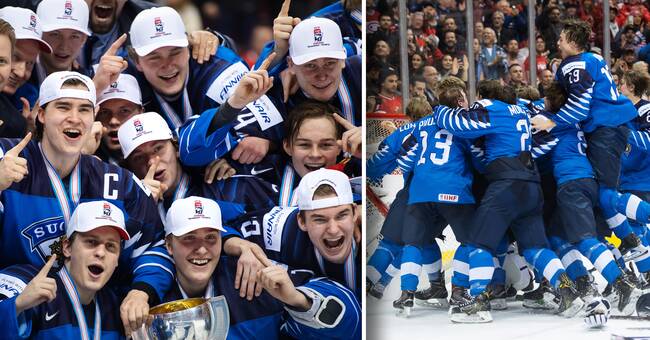 It took until the middle of the match before goal exploded zero in the final. Then it was Jesse Lalonen Finn who pounded 1-0 at Powerplay after winning style and a quick pass to the side.

The final was fun and the pace was high, although no goals were scored. But in the third half, the two teams lost.

First, Otto Latvala made Finland 2-0 with a shot from the blue line. In this case, the Finns seemed to have really tied the fist, but the US responded after just a minute.

Fast pick up from us

Alexander Tjelievsky finished off a tight angle after the disc was bounced by the Americans. Just two minutes later, Josh Norris just leveled a pass from Tjelievsky. Two goals in just 106 seconds.

Both teams played cautiously towards the end, but Finland was the most daring. With only 1.26 of normal time remaining, there was turmoil in front of the US coffers. The talented Finnish superhero Kapo Kaku – who is expected to be first or second in the upcoming National Hockey League draft – scored 3-2, which also became a decisive match.

At the end of the minute, USA picked goalkeeper Caeden Primo in a last-ditch attempt, but the attack failed to deliver.

– It was an amazing feeling. It was a good game and I had some chances to score goals. I could have scored early, but at the end, the last goal is the most important, match champ Capo Kaku says to SVT Sport.

Finland captain, Arne Talviti, appeared to have injured his knee at the end of the first half, and smiled broadly after a clash at the edge. He tried to keep playing, but he felt noticeably painful and eventually had to give up. Talveti himself was later the first to raise the dent after the victory, as the Queen’s voice “We are the Champions” rang out on the loudspeakers.

The number of spectators at Rogers Arena (Vancouver) was 17,206 and sitting in the stands, among others, was Canox icon Henrik Seyden, who was once magnified on the jumbo throne to massive cheers.