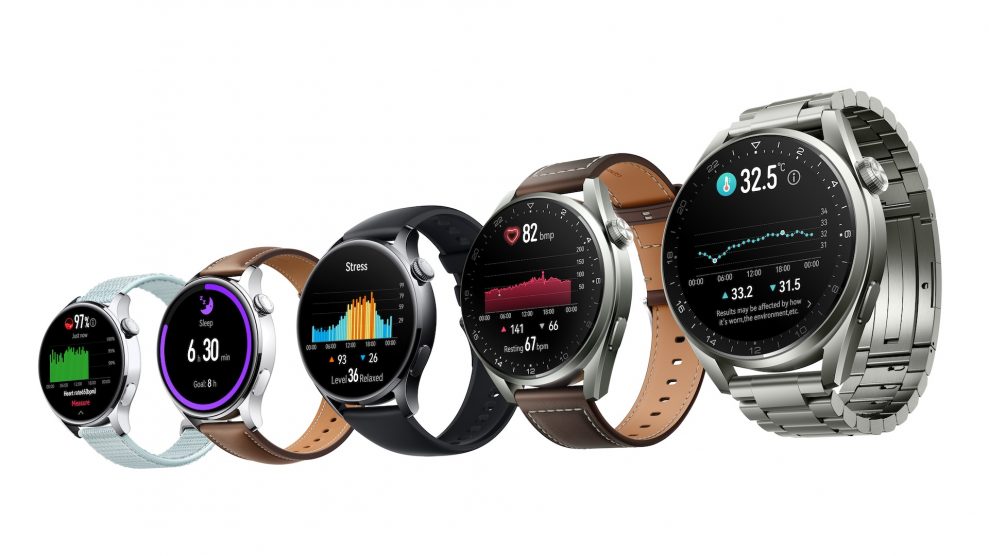 Such as is expected The Chinese company Huawei introduced the final version of the operating system HarmonyOS – called HarmonyOS 2 – At a virtual press conference yesterday.

The introduction of the new ecosystem was followed by the launch of several products. However, the upcoming mobile phone Huawei P50 was not one of them.

The new watches have the same health and training features as their predecessors, but both models in the Huawei Watch 3 series now also have an accurate thermometer that measures skin temperature.

In addition to this, there are other new features such as manual wash recording and statuses.

Easier to put a personal touch

Both new smartwatches have a polished stainless steel case adorned with a large screen with highly curved 3D glass. As the first Huawei watches, they also have a 3D rotating crown that provides tactile feedback.

HarmonyOS 2 also introduces an all-new user interface with a reticled app menu, which complements the 3D crown to provide a smoother and more intuitive user experience, as promised by the Chinese manufacturer.

In addition, the Watch Series 3 has a more comprehensive set of ports and bracelets, which allows users to customize their watch. With a wide range of features, including technology, games, DIY videos and short videos, the ports can be mixed and matched with fluoro rubber, nylon, leather, stainless steel and titanium straps.

According to Huawei, both watches in the new Watch 3 series can act as a professional training assistant with more than 100 training modes, skin temperature sensing with the new thermometer, fall detection, and SOS alarms.

Additionally, it has health monitoring features such as heart rate, SpO2 and sleep.

Huawei hasn’t said much about the differences between the two watches. However, the press release states that the Huawei Watch 3 Pro has an extremely long battery life, which supports 5 days of battery life in smart mode and 21 days in ultra-long battery life mode.

Both products are expected to be launched in Sweden during the third quarter.