Apple CEO Tim Cook has confirmed that the company will donate to flood...
HomeWorldHate campaign against...

Hate campaign against Greta Thunberg in India in support of farmers 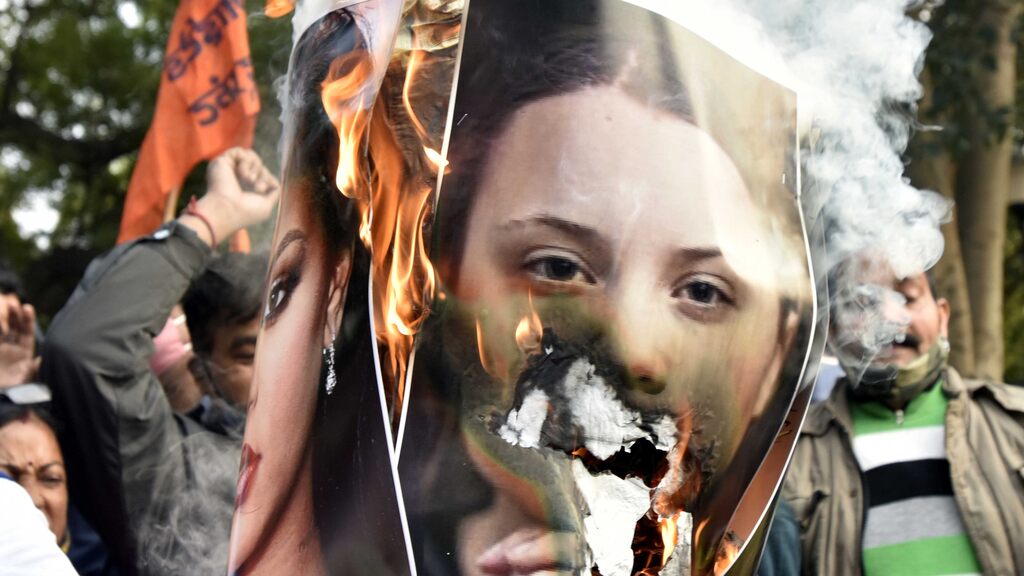 In early February, Greta Thunberg expressed her support on Twitter to the hundreds of thousands of Indian farmers who had been protesting the land reform for four months. In a subsequent post, I shared a digital “toolbox” containing information and advice for activists who wanted to get involved in the movement. The toolbox included descriptions of how activists signed the name groups and what so-called hashtags, like #AskIndiaWhy, they could use.

Since then, a wave of hate has struck Sweden’s climate activist on social media.

Police arrested Disha Ravi, one of the leaders of the Greta Thunberg-inspired movement, Friday for the Future in India, as a result of the digital toolkit, with accusations that the document was an attempt to incite. According to the Guardian newspaper, the document was described as “evidence of international plans to attack India.” By representatives of the ruling Bharatiya Janata Party.

Events led to A series of accusations were leveled against Thunberg on the Indian side. In the so-called internet diary widely circulated on social media, it is alleged, among other things, that the document shared by Greta Thunberg will be evidence of a global conspiracy to discredit India.

A DN review shows that Indian public Facebook pages have published at least 4,500 posts about Greta Thunberg in the past month. The most shared posts, which often received more than 10,000 comments, reactions and shares, are often about how the document Thunberg shared would be evidence of a plot, or incorrect claims that the Swedish activist is under investigation by the Indian police. Similar claims have also been circulated widely on Twitter and Instagram, for example.

Other allegations are widespread Greta Thunberg links with the Indian Khalistan Movement, a Sikh separatist movement in Punjab, which many Indian opinion leaders have claimed will be behind the ongoing peasant protest in the country.

The allegations against Thunberg, which are aimed at supporters of former President Donald Trump, have been picked up by US news sources. The Western Journal claims in a separate article that Thunberg would have revealed that she had received orders from others. Sites like Breitbart also claim that a preliminary investigation against Greta Thunberg was to be launched in India, which is incorrect, according to authorities to The Guardian.

Indian activist Disha Ravi was released on Tuesday on bail, After a New Delhi judge deemed the police charges to her to be meager and inaccurate. ”According to the court, Disha Ravi had no intention of committing a crime. Greta Thunberg repeatedly tweeted her support during more than a week in police custody.