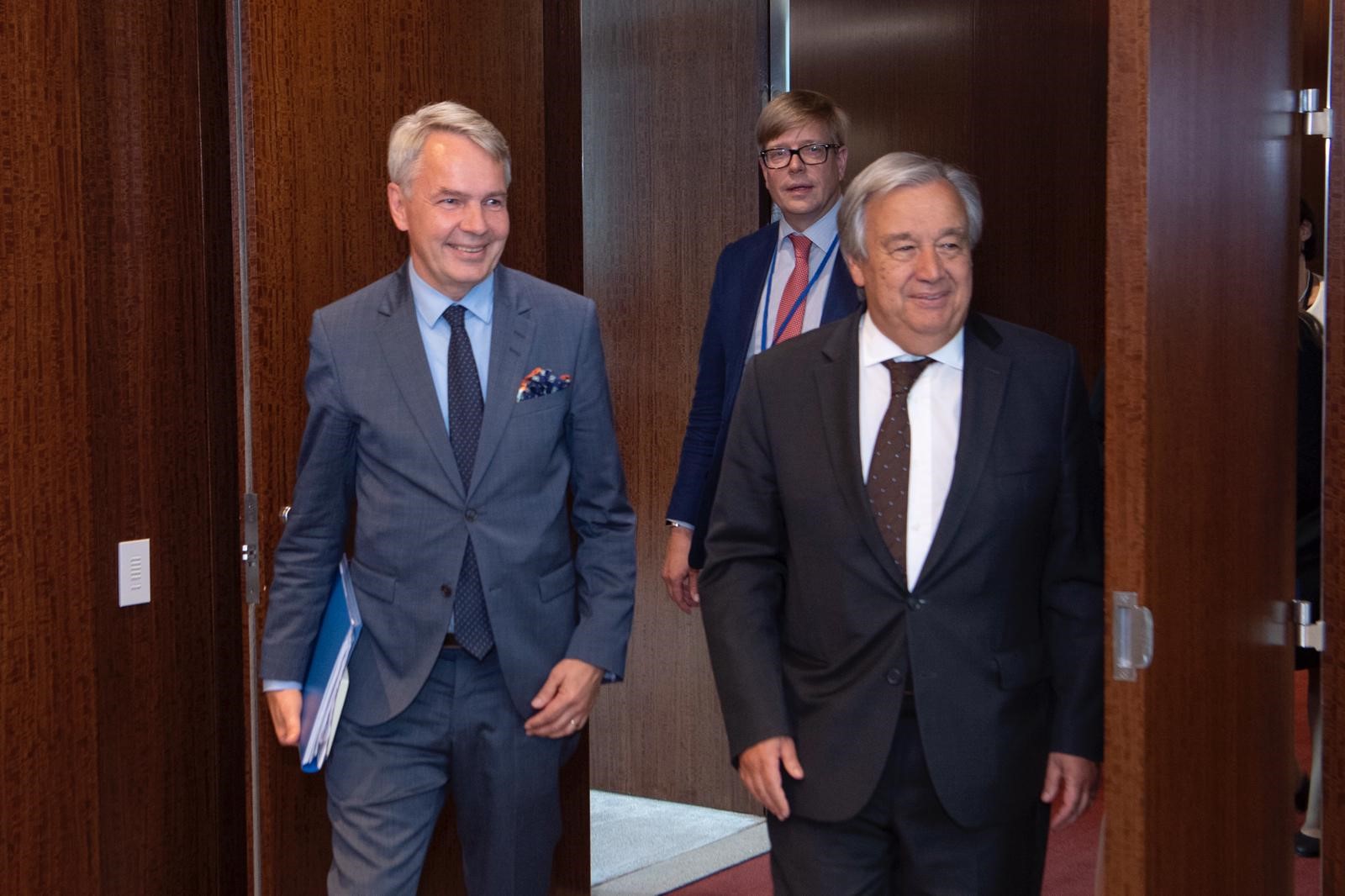 Among other things, they discussed the crisis in the Tigray region of Ethiopia. Haavisto recently visited Sudan and Ethiopia as a representative of the European Union, to determine how the conflict in Tigray is affecting the region. Mr. Guterres and Mr. Hafesto discussed the importance of humanitarian aid and the critical human rights situation.

“It is always important for Finland to intervene in crises at an early stage. In the Horn of Africa, we are now seeing a situation that creates internal refugees, but also an interstate refugee situation.” Foreign Minister Haavisto said during our discussion, the UN Secretary-General emphasized that he is closely following the situation Close and thank you for sharing the information. “

The Secretary-General and the Secretary of State also discussed climate issues, which enjoyed support at the United Nations following the change of government in the United States. Haavisto highlighted the importance of the Arctic region and the situation regarding nuclear waste disposal in the Arctic.