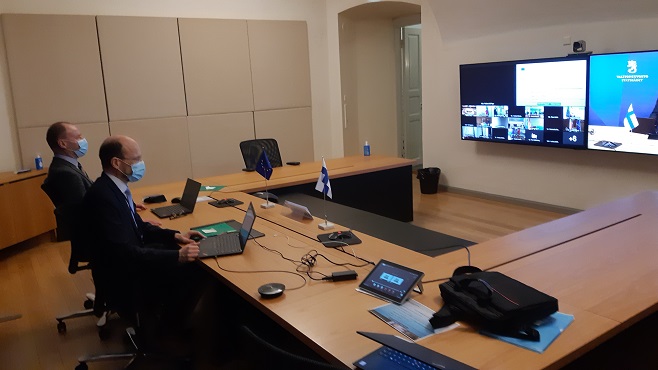 On February 22nd, the Presidency of the European Union in Portugal organized an informal video conference of the Union’s fisheries ministers. The only real issue on the agenda was an exchange of views on negotiations between the European Union and the United Kingdom on fishing opportunities in 2021 and fishing opportunities for deep sea species in 2021-22. Finland was represented at the meeting by the Deputy Permanent Representative, Mina Kivimaki.

European Union Commissioner for the Environment, Maritime Affairs and Fisheries Virginius Syncivisius Thanks for the good cooperation between the European Union countries and the Commission. According to him, based on the contacts so far, the UK is ready to make rapid progress on this issue. He noted that it is important for fishing companies to lead negotiations to results as soon as possible. What is important for negotiators to be able to move forward now is for Member States, on the basis of the committee’s proposal, to come to a common viewpoint on the fisheries issue.

The EU countries fishing in the UK waters thanked Portugal for the good preparation of the case and mainly supported the Commission’s proposal for the Council’s decision on the objectives of the EU negotiation. Countries highlighted some important fishing quota targets for countries and emphasized the importance of negotiation outcomes that lead to equal opportunities and the possibility of exchanging fishing quotas between Member States and the United Kingdom.

Based on these views, the Portuguese Presidency will develop a compromise proposal for the European Union’s negotiating positions in line with the Commission’s proposal.

Member states also discussed the progress made in the negotiations on a fishing agreement between the European Union and Mauritania.