Apple CEO Tim Cook has confirmed that the company will donate to flood...
HomeWorldDisappointment and anger...

Disappointment and anger in Myanmar after the military coup 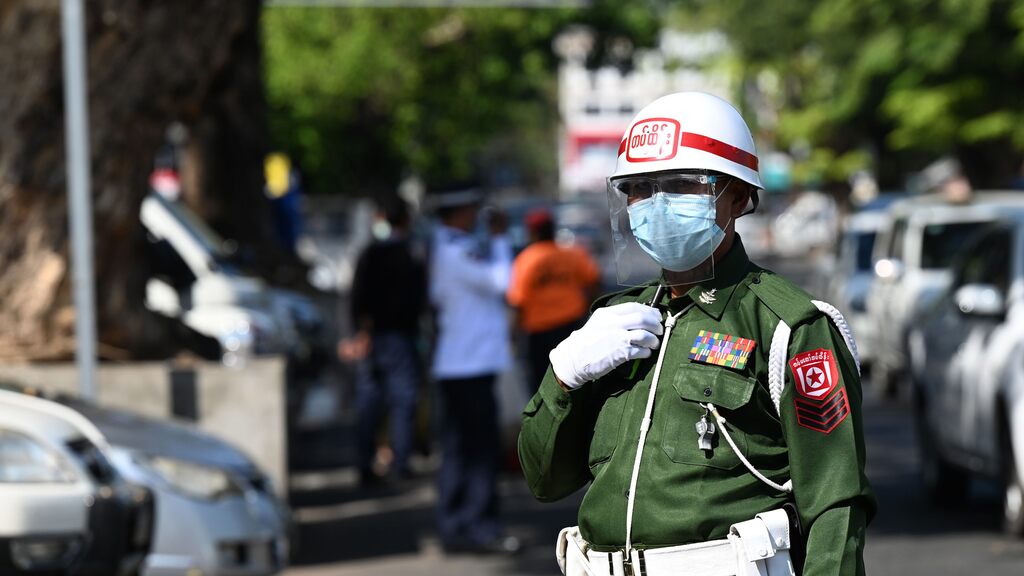 – I am very angry, but I try to control myself and not take to the streets, but I protest peacefully at home.

This is what Tar Yar, a human rights activist in Myanmar, said when I called her on my mobile phone in Rangoon today. After the military coup. Like many, she is disappointed and surprised that the army, which has been in power in Myanmar most of the time since the country’s independence from Britain, has taken back control of the country.

On Tuesday, phones and the internet worked again in Myanmar. Many took the opportunity to go to the bank to withdraw money, which did not go on Monday, and stock up on food. Meanwhile, Rangoon International Airport was closed. According to Reuters, no aircraft will take off or land until May 31.

it is quietBut he is nervous, Tar Yar says.

Many are staying home and waiting for what the next military move will be.

She herself will take part in a silent protest in the afternoon, which means that people stay home and light a candle.

– We are trying to fight against the army from within.

Political leader Aung San Suu Kyi Those who were kidnapped by the army urged people to protest against the coup. She is famous and many people listen to her. There is a Facebook thread with the themed: We wait 72 hours and then wake up.

But Tar Yar thinks it is a bad idea to take to the streets to express his dissatisfaction.

The army justified its seizure by saying that it must calm the state of emergency. Tar Yar says that if there were riots in the streets, they could say they had evidence that they were right.

Swede Michael Heuer is in Rangoon on a mission for the Palm Center. Describes wait-and-see frustrating moods.

The most common reaction of those I spoke to is despair, anger, and sadness. I meet people who have worked with the democratic transition for decades. They worked hard to get to where Myanmar is now through free elections.

It is noted that Myanmar It is far from an ideal democracy and much remains to be done, not least in the treatment of ethnic minorities.

But what the army has done now is wipe out a working life of a generation that has struggled for decades.

The military said it would retain power for a year. But Michael Hawer and Tar Yar think it could take much more than that.

I think it will be like the coup of 1962 when the army continued to rule year after year. They will not want to give up power in the first place. It is shameful, Tar Yar says, we are so tired of them.

With the army at the helm Not only senior politicians live dangerously. Activists and opinion leaders are also at risk of imprisonment.

– If the army behaves as it did in the past, there will be political persecution. Michael Hawer says I’ve been in contact with people who have put themselves in a secret location.

Even before the coup, the army had great strength in Myanmar. He won a quarter of the seats in Parliament and controlled several ministries. The government, led by Aung San Suu Kyi, has been accused of submitting to the generals. For example, it defended the violent treatment of the Rohingya people when Myanmar was accused of committing genocide at the International Court of Justice in The Hague.

But the military does not appear to be satisfied. This time it justifies the takeover without evidence by saying that the November elections were surrounded by fraud. In addition, it is believed that the elections would never have taken place due to the Coronavirus.

The coup is condemned In sharp international terms, the United States threatened on Tuesday to re-impose sanctions on Myanmar. It has not been long since the United States relaxed the sanctions the country imposed on it during the military dictatorship. Now President Joe Biden says in a statement that the issue will be examined as soon as possible. Biden describes the coup as a direct attack on the country’s path to democracy.

The United States has lifted the sanctions imposed on the basis of the progress made towards democracy. Biden said steps back in the process will make it imperative to review our penal codes and act appropriately.

The question is whether the military cares about US sanctions. The most important thing is cooperation with China, which is one of the largest investors in Myanmar. China did not condemn the coup, but only called on the country to solve the existing “differences”. Many observers are warning that China’s influence in the region is now increasing. Other countries in the region, such as Cambodia, Thailand and the Philippines, described the coup as “an internal affair.”

Read more: Marianne Bjorklund: The coup paves the way for unrest in Myanmar