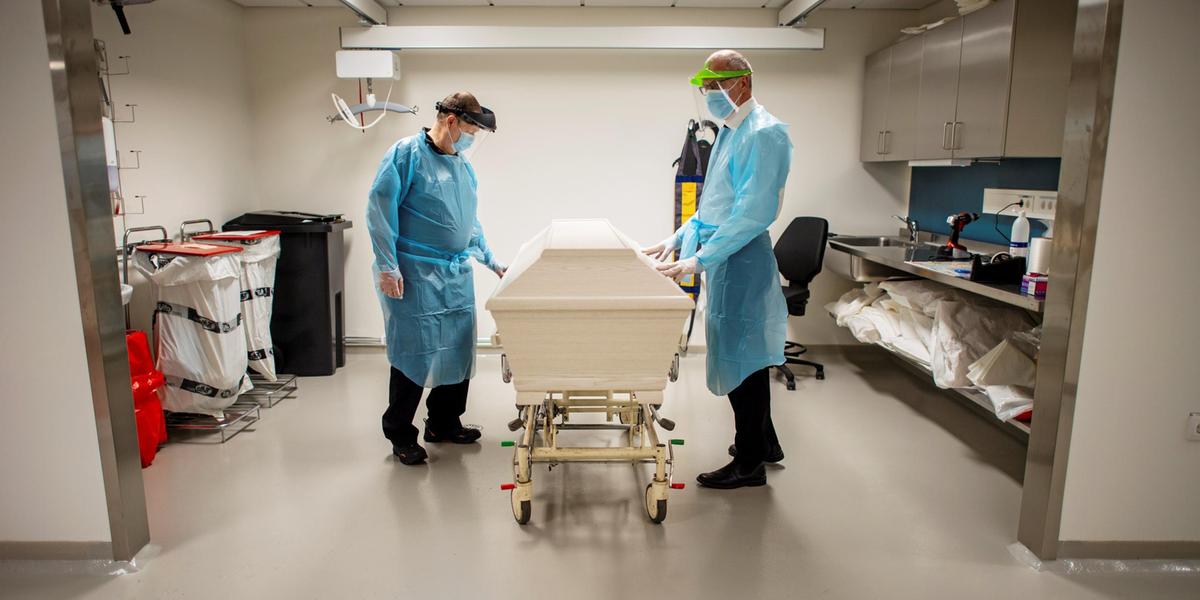 This day was named after the innocent children of Bethlehem who were killed by order of King Herod, when he wanted to kill the new king whom the wise men had seen from the stars.

In our time, perhaps even this day can be called “defenseless old age” to remember all who died in nursing homes during the pandemic without being able to fend for themselves. On December 28, a record number died: 121 people, according to the Swedish Public Health Agency. We can only hope it never arrives …

The Director General of the Swedish Public Health Agency told us a year ago that the spread of the virus in the community was very unlikely. So Sweden did not conduct the tests in time as many other countries in Europe did. Our government sat still and watched China stockpile mouthguards all over the world, as well as in Sweden. So the Swedish suppliers sold their stock of protective equipment.

Once the epidemic emerged, we were told that many would die, but the important task was to protect the elderly. How can we do that when China has stockpiled protective equipment and when we haven’t had the opportunity to test all the personnel for health and welfare?

When summer came, we were told our strategy was working. Yes, Tegnell even sat at Morning Studio on SVT 26 June 2020 and told us that we are “closer to the end of the pandemic.” As a result, the government opened some restrictions during the summer. We never took advantage of this feature in the summer and the testing capacity has given us the ability to fight the epidemic to the same level as in Norway, Denmark and Finland.

See also  Redfield of the CDC told staff to delete the email, as told the House official

When everyone saw a second wave sweeping through Europe, the government felt sorry for the elderly who were not allowed to visit, so the ban on visits was lifted, because now we know how to protect the elderly. We know how it went: People took the infection to their relatives or transmitted the infection home after visiting their mother. We now know the infection was seasonal. Why did we find out this summer?

Ultimately, the government was forced to close schools to protect children, which the Public Health Agency says, in principle, never get sick. Once the third wave began to be felt in Europe, the government reopened schools. It remains to be seen how things are going now when the vaccine is out and the decline appears to have subsided …

We might need “Värnlösa äldres dag” to remember how the epidemic struck older Sweden who practically had to pay for Sweden’s failure. Or should we console ourselves with the fact that these people will soon die anyway? If we, as King, realize that we have failed, we can also learn to better prepare for the future. Whoever does not learn from history is doomed to repeat it. Do we really want a new “Defenseless Elderly Day” date in the future?