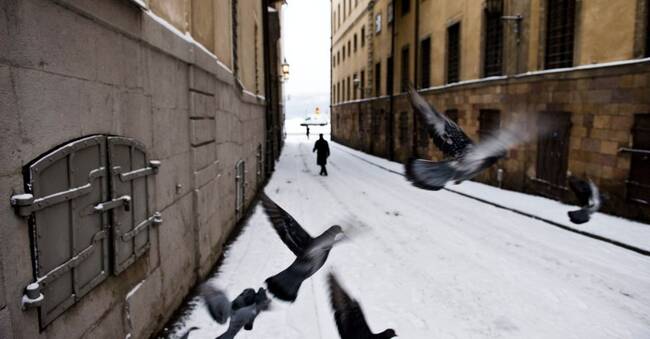 In a new study, researchers examined 339 modern hunter-gatherer societies with birds and mammals living in the same environment.

They saw that all groups had common social behaviors, reproductive styles and similarities in how they forage. Among other things, researchers have seen that certain areas increase the likelihood that mammals and birds will eat meat or fish. In areas where animals and birds multiplied early or late, humans also showed the same tendencies.

We humans can recognize, adapt and rebuild environments. This study shows that humans do adapt to nature as animals do. A polar bear, for example, needs dense fur to live in the Arctic, but we take the fur of a polar bear and learn to adapt like a polar bear, says Patrick Lindenfors, associate professor of ecology at Stockholm University.

In some areas, it was animal and bird parents who provided food for their children.

In some places on Earth, babies need parents to meet their caloric needs. In other places, it is sufficient to have a mother or father. They saw that animals had the same kind of problems and solutions.

When it comes to reproduction, they can see the similarities in polygamy. And in regions where humans tend to seek partners outside of the group, other mammals are also used to looking for partners in larger areas.

The important thing about this study that we understand is that people who live close to nature must adapt to nature in the same way that other birds and mammals do, says Patrick Lindenfors.

But it is not certain that the study is relevant to today’s society.

They haven’t tested whether there are similar patterns of human groups living more modernly, with factory farms and cities, but I find it hard to believe.

We change life so much that we do not live in direct harmony with nature, rather the opposite.

The study is published in the scientific journal Science.