Apple CEO Tim Cook has confirmed that the company will donate to flood...
HomeentertainmentAnders Carlberg Memorial... 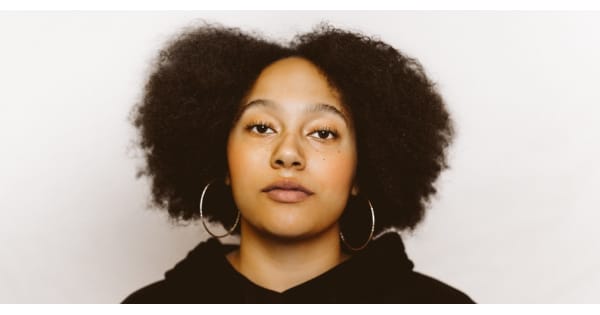 This year’s award winner has shown in many ways that she is a true role model. Through her strong personal commitment, she has shown positive leadership, resilience and great courage. Young Model of the Year is Ibbi Chune Jogestrand, 22, from Skapernak in Stockholm.

The jury writes the memorial prize in their motives:

Winner’s strong commitment to justice and against racism prompted her, along with some other young people, to start Black Lives Matter Stockholm in solidarity with the movement in the United States. It was she who was then forced to be held accountable in the media when a demonstration of support organized by the organization in central Stockholm was dissolved due to the presence of so many people. Participants were spread across the city and riot police were deployed in several places. The criticism of the organizers was strong. Objectively and calmly, I stood in interview after interview, and told why it is necessary to demonstrate against racism. The accident triggered a massive seas wave and threats against her personally.

Winner is a strong role model for many girls, both in terms of positive body image and self-esteem. She is a big size model and successful DJ. She also co-produced the song “Together” which was recorded by a large number of Swedish artists for BLM in the United States.

The award will be awarded at a ceremony at Fryshuset in Stockholm on November 13th. Watch the award ceremony here

How do you feel when receiving the award as a role model for young people of this year?

– It feels very fun and I feel very proud. I was a little speechless when they called me and told me I would take the prize. Fryshuset is something special and I have long ago different connections with Fryshuset. I went to high school at Fryshuset School in Hammarby sjöstad and two years ago I co-lead an event called “More Than Nonsense”. It was an evening to showcase the potential and creativity of youth in the suburbs. Since then I’ve done some other projects as a DJ and have had workshops, so I feel very special to receive this award from Fryshuset.

What is behind your commitment?

I have always been a person who is interested in and knowledgeable about social issues. I’m black and my family is black, so when BLM (Black Lives Matter) started coming out, it was clear to me that I care about this as well. Black rights and standing against racism have always mattered to me.

The demonstration that took place this spring came by accident. We were some of the ones who gathered and there was a lot that was not something we knew from the start. Regarding the demonstration, we also created a BLM Stockholm Instagram page. We also use it after the demonstration as a platform to highlight and report important parts of the topic.

What are your plans for the future?

– I have entered a social teacher internship starting this spring. I want to work with social work in one way or another. Then I am also freelance modeling so I’d like to keep going. It’s brand new with Model Country, I participated in an advertisement and then they heard from my agency and asked if I wanted to do more. With it, I hope to be able to take part in the normalization of plus-size models and girls in general. If you think about the past, nobody would have imagined it, but I want to make it clear to young girls that you don’t have to be white and skinny to be a model.

About the Anders Carlberg Memorial Prize

And Anders Carlberg, Founder of Freshuset, has inspired people to exercise compassionate courage, have faith in themselves and dare to grow even when no one else believes there is a chance for success. Anders Carlberg passed away in January 2013. To commemorate his memory, a memorial fund was created. The memorial prize was first awarded in 2016.

The award is given as two honorary awards, “Moatther of the Year” and “Revenge of the Year,” and as a scholarship for “Young Fashion Model,” and when there are reasons for this, an honorary prize is awarded to “Instrument of Life”.