Apple CEO Tim Cook has confirmed that the company will donate to flood...
HomeWorldAnalysis: "The protests...

Analysis: “The protests are not primarily about Navalny himself” 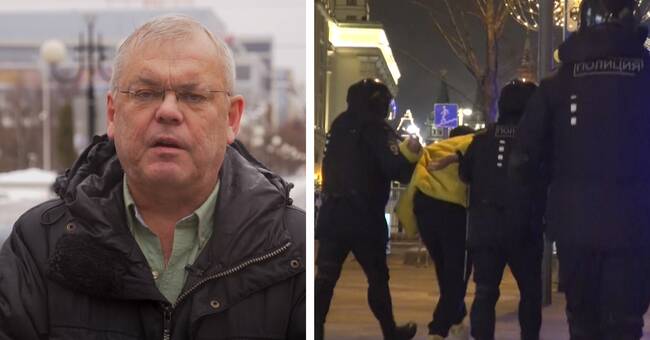 But millions of Russians no longer swallow state propaganda. They know better, both Navalny and what the reality looks like in Russia. That is why tens of thousands of Russians have protested in more than a hundred cities in recent weeks. They demand the release of Navalny. They know that he was not imprisoned for being a criminal but for taking off the shorts of President Putin, his political henchmen and the corrupt, pig-rich group of oligarchs who, along with Putin, wield virtually unrestricted power in Russia. Although the protests are not primarily revolving around Navalny himself.

Rights activist Alexander Gerkin, whom I met in Penza (600 kilometers southeast of Moscow), says Navalny works as a catalyst. It was his imprisonment that made people dare to publicly show their dissatisfaction. The demonstrators, of course, are only a fraction of the population, but they represent tens of millions of people dissatisfied with the fact that twenty years under Putin did not give them better living conditions.

– I’m not afraid. And you don’t have to be afraid, either. It was Navalny’s message that caused many, in many places, to take to the streets. They were all aware of the dangers, which the police could arrest or beat them at any time. However, they took courage.

The slogans I heard during the demonstrations were not primarily related to Navalny. What people said was:

Anyone who thinks so, and also says it in public, risks getting in trouble.

In Penza, I met two young men who had just been sentenced. One of them was mistreated by the police, his mobile phone was stolen and sentenced to fines of 2,000 kroner. He stood quietly in a restaurant and filmed when plainclothes policemen came and took him. The other is being dragged away when (according to what he says) he stands and watches without shouting slogans. Receive 30 hours of community service as a punishment. Maybe not that dangerous, but freedom of assembly is guaranteed in the Russian constitution …

Now Navalny is sewn for a few years. It is unclear if there will be more demonstrations. Many of Navalny’s most influential organizations are under house arrest, and the most obvious now, Leonid Volkov (who lives in exile), said that more demonstrations now only lead to more people being imprisoned and that it is better to save on gunpowder. Later.

However, one must not forget that Russia is a divided country. Putin still has the support of a large portion of the country’s population. A journalist who spoke to in Penza said her life is now very strange because the reality in which she lives is very different from the reality in which people who believe in Putin live.

– I know I’m right, she says. But I am not naive. What we are seeing now may be the beginning of a democratic development that could eventually lead to Russia becoming a modern welfare society. I am 37 years old, so I wouldn’t try it myself. But maybe my grandchildren.

Obviously, it will take time.