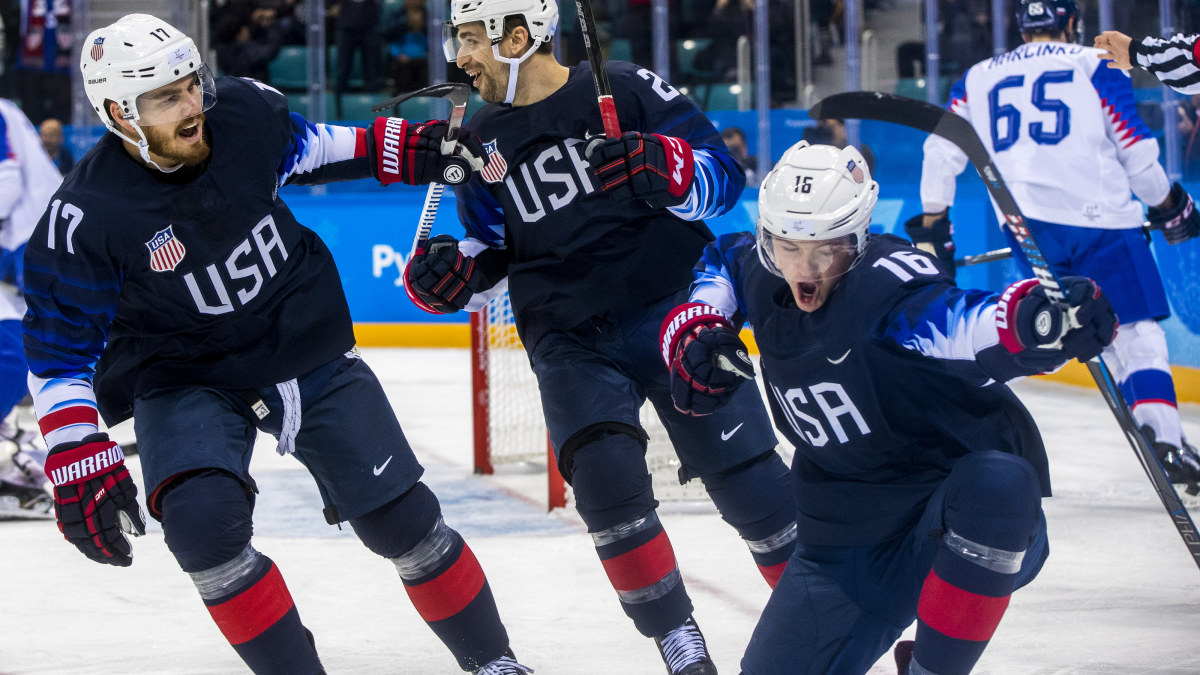 The first half was without goals, and he scored the first goal of the match in a minute and a half of the second half, signed by Ryan Donato, who plays on a daily basis for Harvard in the NCAA League.

Just over three minutes later, Peter Sirisnak narrowed, but it turned out to be Slovakia’s only goal.

In the third half, the United States scored two more goals, via Jarrett Roe and Ryan Donato. The best scorer in the US team was Troy Terry with three assists.

An interesting point with US goalkeeper duo Ryan Zabolsky and David Leggio is that they both played in the local FM League: Zapolski in Lukko (and now on KHL Jokerit), Leggio in TPS.

In the quarter-finals, the United States meets the Czech Republic.

Other quarter-final pairs are evident today as well. The OAR (Olympic Athletes from Russia) meets the winner of the match between Slovenia and Norway, while Canada faces Finland or South Korea while Sweden faces opposition from Central Europe from Switzerland or Germany.