Apple CEO Tim Cook has confirmed that the company will donate to flood...
HomeentertainmentAfter the Bird...

After the Bird Box criticism: Netflix cuts the scene of the real accident 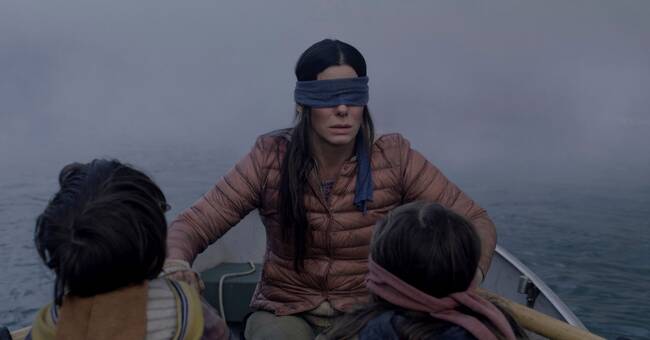 Just before Christmas, Netflix released the horror movie Bird Box, by Susanne Pierre, in which monsters haunt actress Sandra Bullock who can only hurt her if she sees them. That’s why the movie characters wear blindfolds.

The film became popular, but it also received criticism. Among other things, because the film contains documentary images from a railway accident that occurred in 2013 in the Canadian city of Lac Meganique. The accident killed 40 people, something Kulturnyheterna reported.

Pictures must be deleted

Netflix previously stated that they had no plans to crop the images, but now they have changed the issue, according to BBC. In an email to the BBC, Netflix wrote that they and the director had come to the conclusion that they should remove the images.

This isn’t the first time the movie has appeared in hot air. It also gave rise to a viral game called Bird Box Challenge in which people wearing blindfolds attempt to perform daily tasks, such as driving a car, resulting in accidents.

Netflix has previously come out and warned about the trend which they then claimed they don’t know about. Then it turned out that it was the company itself that actually started this trend.

Additional golf games in development – EA Sports is back

Posted:June 22, 2021, 14:13Flexible electrical outlets, removable walls, and homes that extend beyond your apartment. New ways of living mean we are looking for new ways to live - the only question is whether real estate companies are...
entertainment

The action packed 'Gunpowder Milkshake' and many new horror movies will be coming to Netflix soon. Summer, sun, holidays - and lots of new stuff to stream on Netflix. In July, we're looking forward to the thriller "Gunpowder Milkshake" with...
entertainment

It's only been six months since Netflix released the little superhero thriller Equinox. Read also Now there is a trailer for a new series called chestnut men. The series is a...
Magazine Buzz